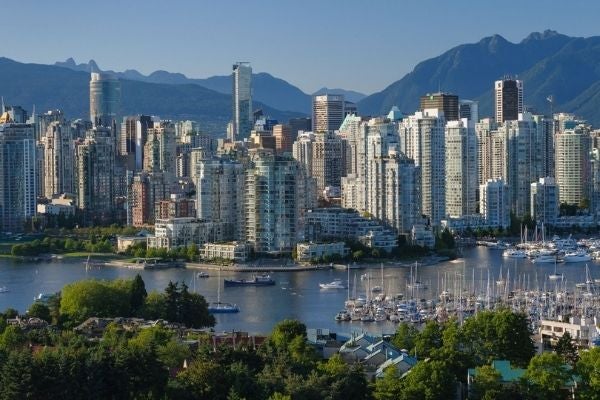 Canadian prices, as measured by the Consumer Price Index (CPI), rose 6.3 percent on a year-over-year basis in December, a decrease from the 6.8 percent rate in November. Falling gasoline (-13.1 percent month on month) and fuel oil prices drove the decline while softening costs for durable goods such as furniture and used vehicles also slowed price appreciation. Rising interest rates contributed to an increase in mortgage interest costs, which were up 18 percent year-over-year as Canadians renewed or initiated higher-rate mortgages. In contrast, the Homeowner's Replacement Cost, which tracks home prices, continued to slow, pushing the CPI downwards. Month-over-month, on a seasonally-adjusted basis, prices were down 0.1 percent in December. In BC, consumer prices rose 6.6 percent year-over-year, down from 7.2 percent last month. 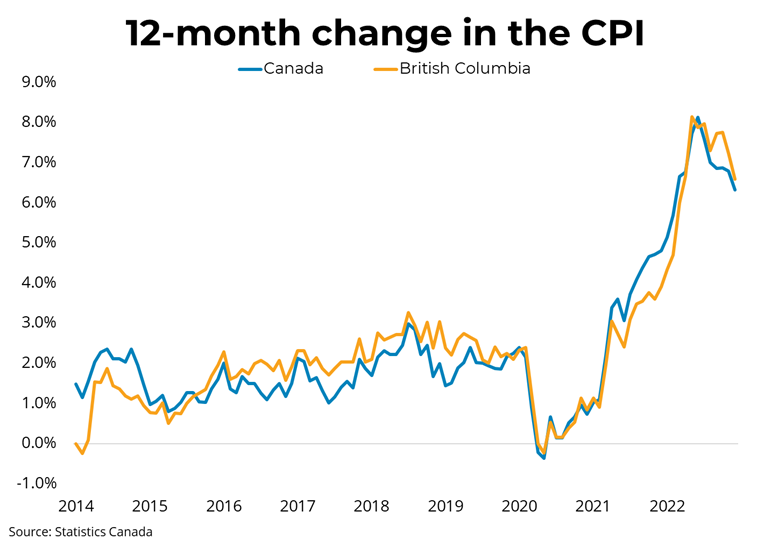 While sharply declining gasoline prices were mostly responsible for the drop in CPI in December, there are encouraging signs that price appreciation is slowing in other sectors of the economy as well. Prices for household furnishings and equipment fell from last month amid ameliorating supply chain issues. The Bank of Canada's measures of core inflation, which strip out volatile components, ticked down in December for the first time since the summer. Weighing CPI numbers against a strong December jobs report, most analysts are expecting a final modest increase in rates on January 25th before the Bank concludes the tightening cycle.
Source - BCREA