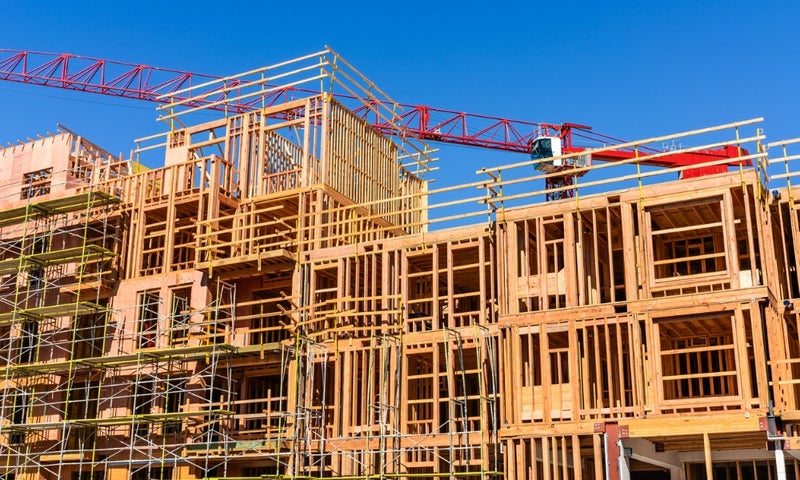 In British Columbia, starts increased by 0.8 per cent in August, rising to 49.5k units SAAR in all areas of the province. In areas in the province with 10,000 or more residents, single-detached starts fell 6.7 per cent m/m to 6.7k units while multi-family starts rose 1.6 per cent to 39k units. Starts in the province were 5.7 per cent above the levels from August 2021. Starts were flat month over month in Vancouver, up by 6.5k in Kelowna, and down by 1.3k in Abbotsford and 6.8k in Victoria. The 6-month moving average trend rose 5.4 per cent to 47.1k in BC in August. 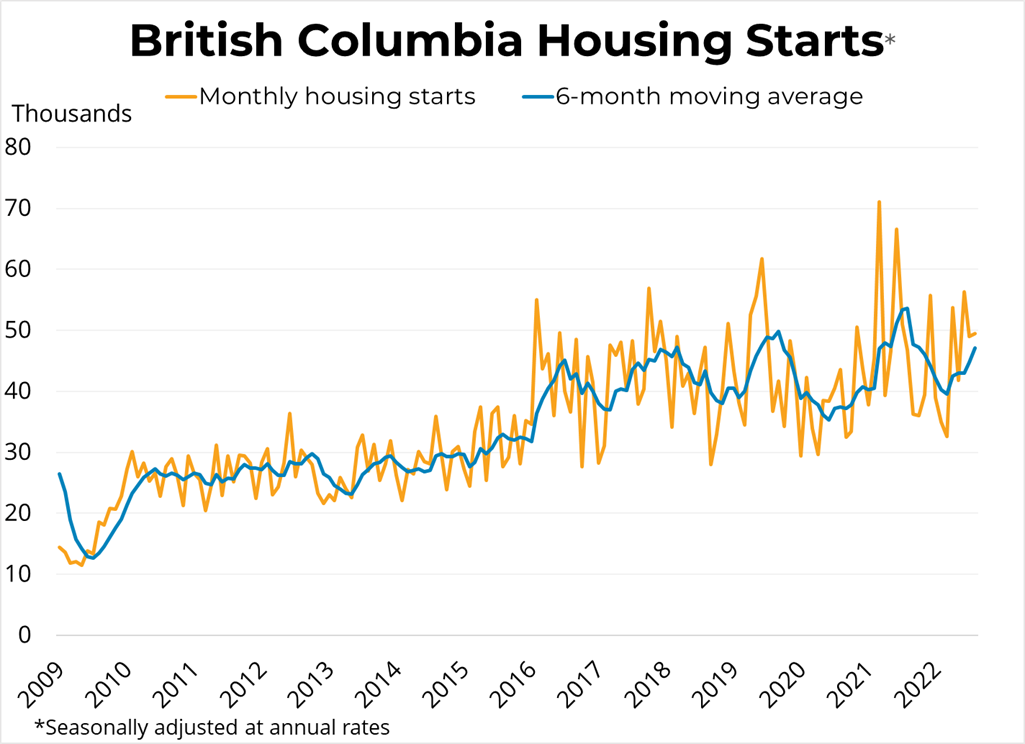 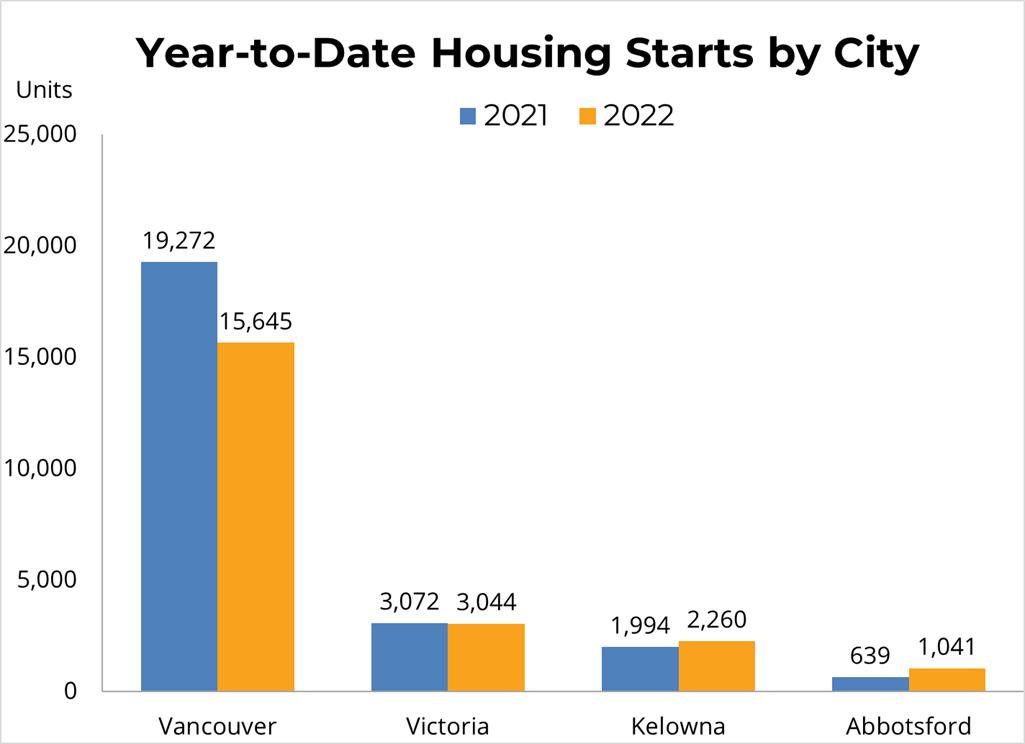