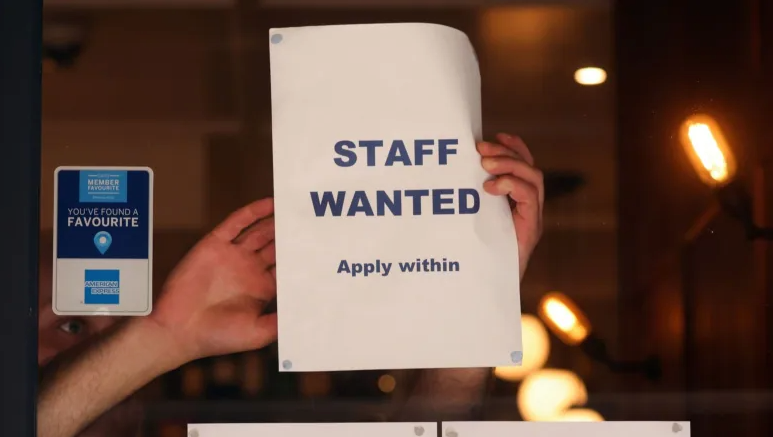 The August employment report, released this morning by Statistics Canada, was considerably weaker than expected. Higher interest rates have slowed the red-hot labour market. The Canadian economy shed 39,700 jobs in August, missing market expectations of a 15,000 rise and bringing cumulative declines since May 2022 to 113,500 (see chart below). The job losses were most significant in education and construction. Education employment in the summer months can be distorted by seasonal factors and changes in the start of the school year.

We know that residential construction projects have been postponed or cancelled owing to the rise in borrowing costs and the slowdown in home sales. There were also fewer workers in construction (-28,000; -1.8%) in August, with the decrease spread across several provinces, led by Alberta (-11,000; -4.6%) and Ontario (-10,000; -1.6%).Total employment fell in British Columbia, Manitoba, and Nova Scotia, while it increased in Quebec. There was little change in the other provinces.

Working from home continues to be an important feature of work for many Canadians, although the specific nature of the arrangement continues to shift. As of August, 16.8% of employed Canadians reported that they usually work exclusively from home, down from 18.0% in July and down 7.5 percentage points since the beginning of 2022. The proportion of workers with a hybrid work arrangement—those who usually work both at home and at locations other than home—increased by 0.7 percentage points to 8.6% in August.

The Unemployment Surged From Record Low

The unemployment rate was 5.4% in August, up 0.5 percentage points from the record low of 4.9% observed in June and July. This was the first increase not coinciding with a tightening of public health restrictions since May 2020, when the unemployment rate reached its pandemic peak.

The adjusted unemployment rate—which includes people who wanted a job but did not look for one—rose 0.5 percentage points to 7.3% in August. This increase was largely due to the rise in the number of unemployed rather than an increase in those who were outside the labour force but wanted work.

The hope is that the rising number of unemployed Canadians will help to fill the record job vacancies. 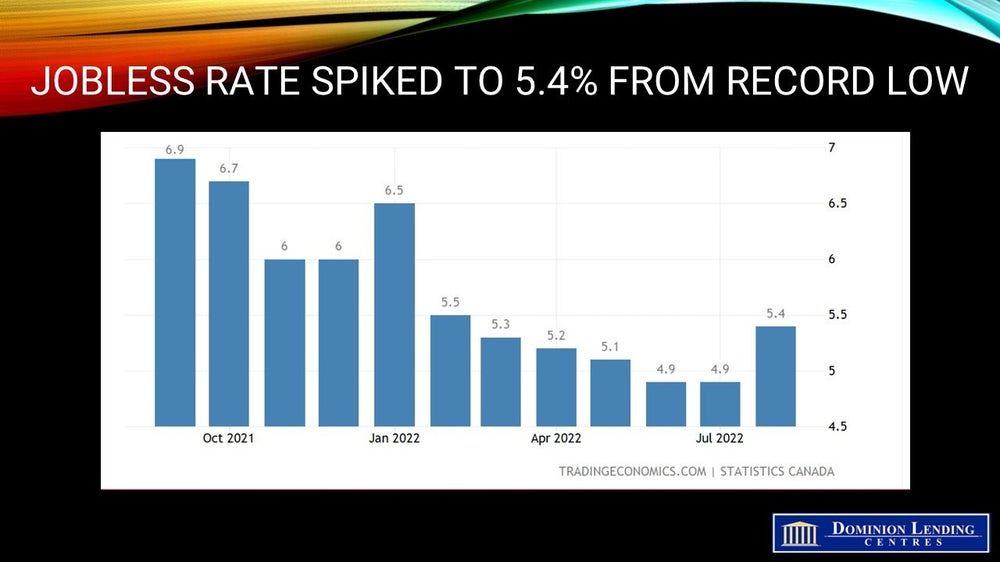 Wage Inflation Accelerates To 5.4% in August

Particularly troubling for the Bank of Canada is the further acceleration in average hourly wages, which rose 5.4% on a year-over-year basis in August, compared with 5.2% in June and July (not seasonally adjusted).

The Bank of Canada will welcome the cooling labour market, which will ultimately take the pressure off wage inflation. I don't expect today's weaker jobs report to change the Bank's view that interest rates need to rise further in the coming months to return inflation to its 2% target level.
Source - DLC - Dr. Sherry Cooper