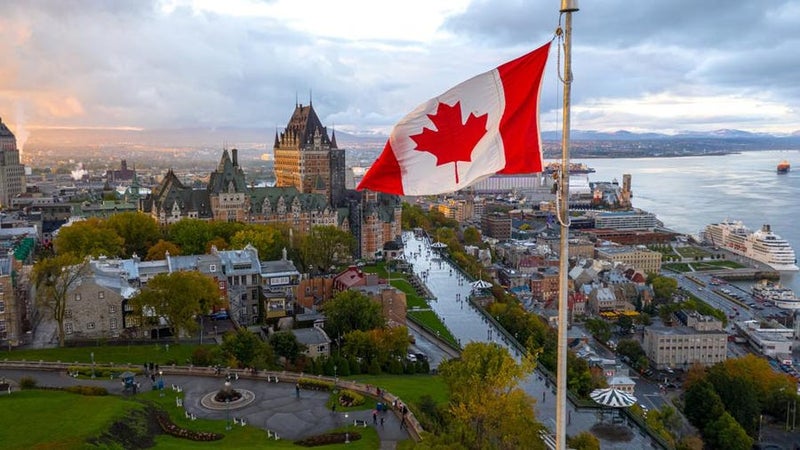 Canadian prices, as measured by the Consumer Price Index (CPI), rose 5.1% on a year-over-year basis in January, up from 4.8% in December. On a month-over-month basis, the CPI rose 0.9% in January (0.6% seasonally adjusted). The Bank of Canada's preferred measures of core inflation (which use techniques to strip out volatile elements) rose an average of 3.2% year-over-year in January. Prices rose year-over-year across all major components of the index, but prices were driven in particular by a 6.2% rise in shelter costs, the highest rate of appreciation since February 1990. Goods (+7.2%) continued to rise at a faster pace than services (+3.4%) in January. In BC, consumer prices rose 4.3% year-over-year in January, driven in part by a 4.2% increase in average rents.

While inflation may moderate over the second half of this year, especially if gasoline prices come down from record highs and home price growth slows, we expect that inflation will still be trending well above the Bank of Canada's 2 per cent target in 2022. To counteract this inflation, the Bank of Canada will begin raising its overnight rate at its March 2 meeting. We expect the Bank will increase its overnight rate a total of six times over the next year, bringing its key policy rate to 1.75 per cent before pausing to assess the impact of higher interest rates on the economy. 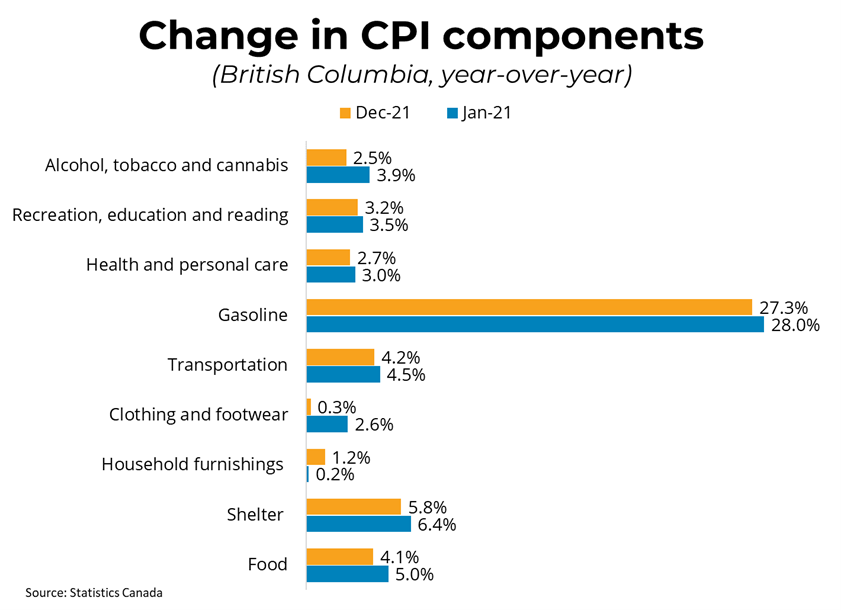