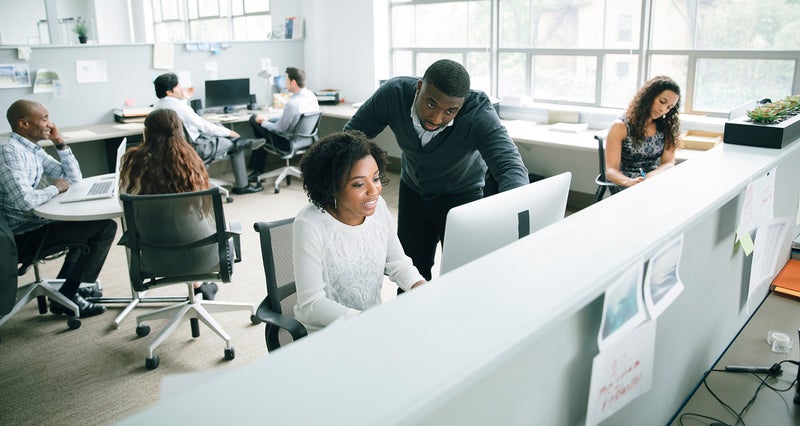 Canadian employment grew for the sixth consecutive month in November according to   Statistics Canada, rising by 154,000 to 19.316 million (0.8%, m/m). Canadian employment had recovered to its pre-pandemic level in September and is now roughly 1% above that level. Since the prior survey period, public health measures were largely unchanged except for some capacity limits and distancing requirements being further eased in Ontario and Quebec.
Employment gains in November were quite widely distributed across sectors of the economy. Employment increased in both the services-producing sector (+127,000) and the goods-producing sector (+26,000), while the employment rate for women aged 25 to 54 hit the highest rate ever recorded at 80.7%. The Canadian unemployment rate declined for a sixth consecutive month to 6.0%, the lowest level since the onset of the pandemic. The unemployment rate is now within 0.3% of the rate in February of 2020 (5.7%).
In BC, employment grew by 4,600 to 2.697 million (0.17%, m/m), once again hitting the highest level since the pandemic began. The unemployment rate was flat in November, remaining at 5.6%, the lowest level since the pandemic began. Only Manitoba has a lower unemployment rate in Canada, while Quebec is tied with BC for the second-lowest rate. 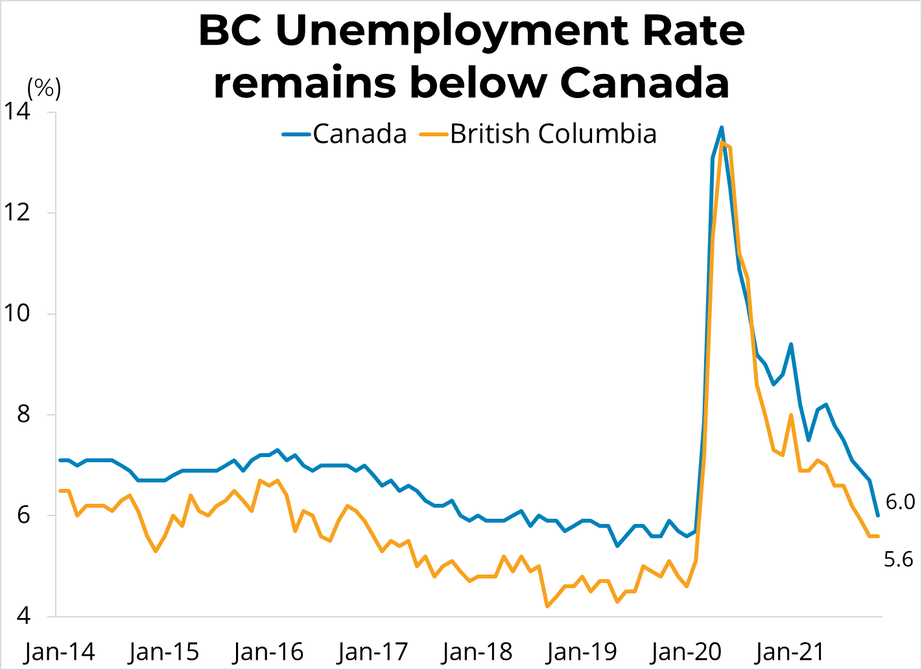 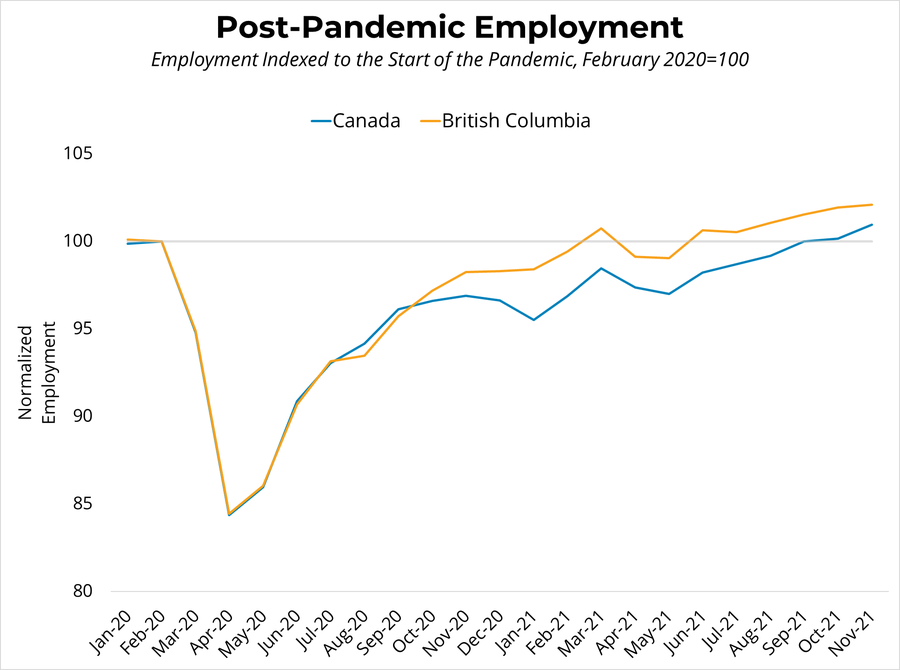