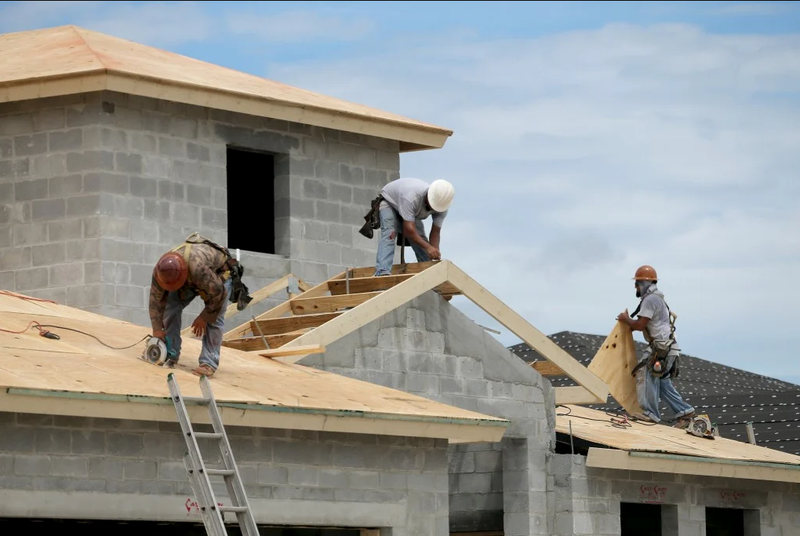 Canadian housing starts declined for the fourth consecutive month in September, but remain strong compared to typical pre-pandemic activity. Housing starts decreased by 11.6k to 251.2k units (-4.4% m/m) in September at a seasonally-adjusted annual rate (SAAR). Comparing year-over-year, starts were up significantly from September of 2020 (20.1% y/y). Single-detached housing starts dipped 5% in September to 76.7k, while multi-family and others declined 4% to 174.4k (SAAR).

In British Columbia, starts declined for a third consecutive month, dropping sharply by 23.7% m/m to 35.9k units SAAR in all areas of the province. Single-detached starts rose 9.6% m/m to 7.9k units while multi-family starts offset this growth with a 32.5% decline to 23.7k units. Despite this, starts in the province remained 11% above the levels from September 2020. BC's six-month moving average for starts declined sharply following three months of gains. 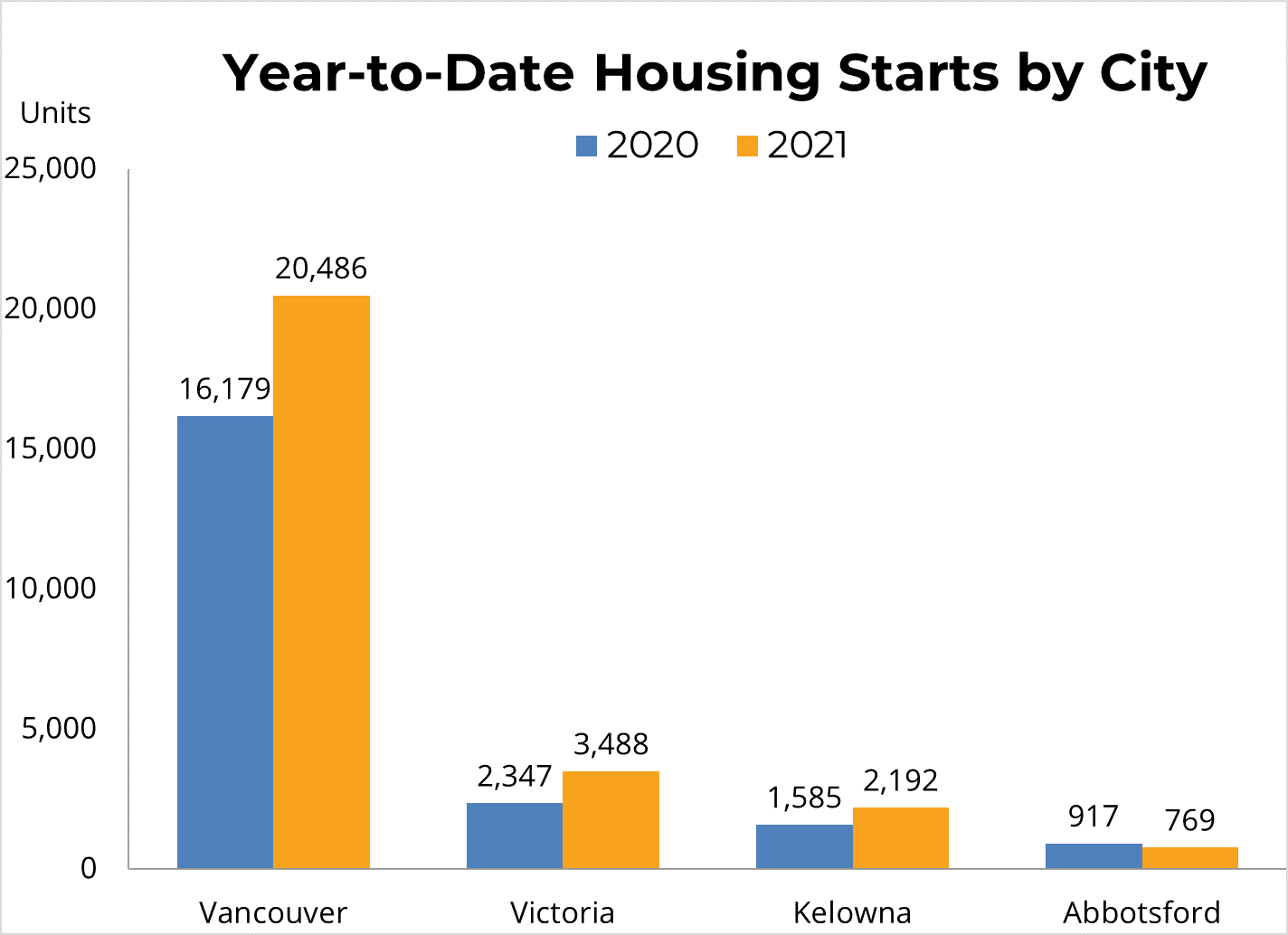