Canadian employment grew for the fourth consecutive month in September, rising by 157,000 to 19.13 million (0.8%, m/m). During the survey period, several provinces had reintroduced or planned to reintroduce vaccine passports and indoor masking. Restrictions on international travelers entering the country were eased on September 7th, likely boosting tourism employment.

In BC, employment grew by 12,300 to 2.682 million (0.46%, m/m), once again hitting the highest level since the pandemic began. For the fourth consecutive month, British Columbia was the sole province with employment notably above its pre-pandemic level. The unemployment rate declined by 0.3 in September to 5.9%, the lowest level since the pandemic began. BC has the third-lowest unemployment rate in Canada, following Manitoba and Quebec. 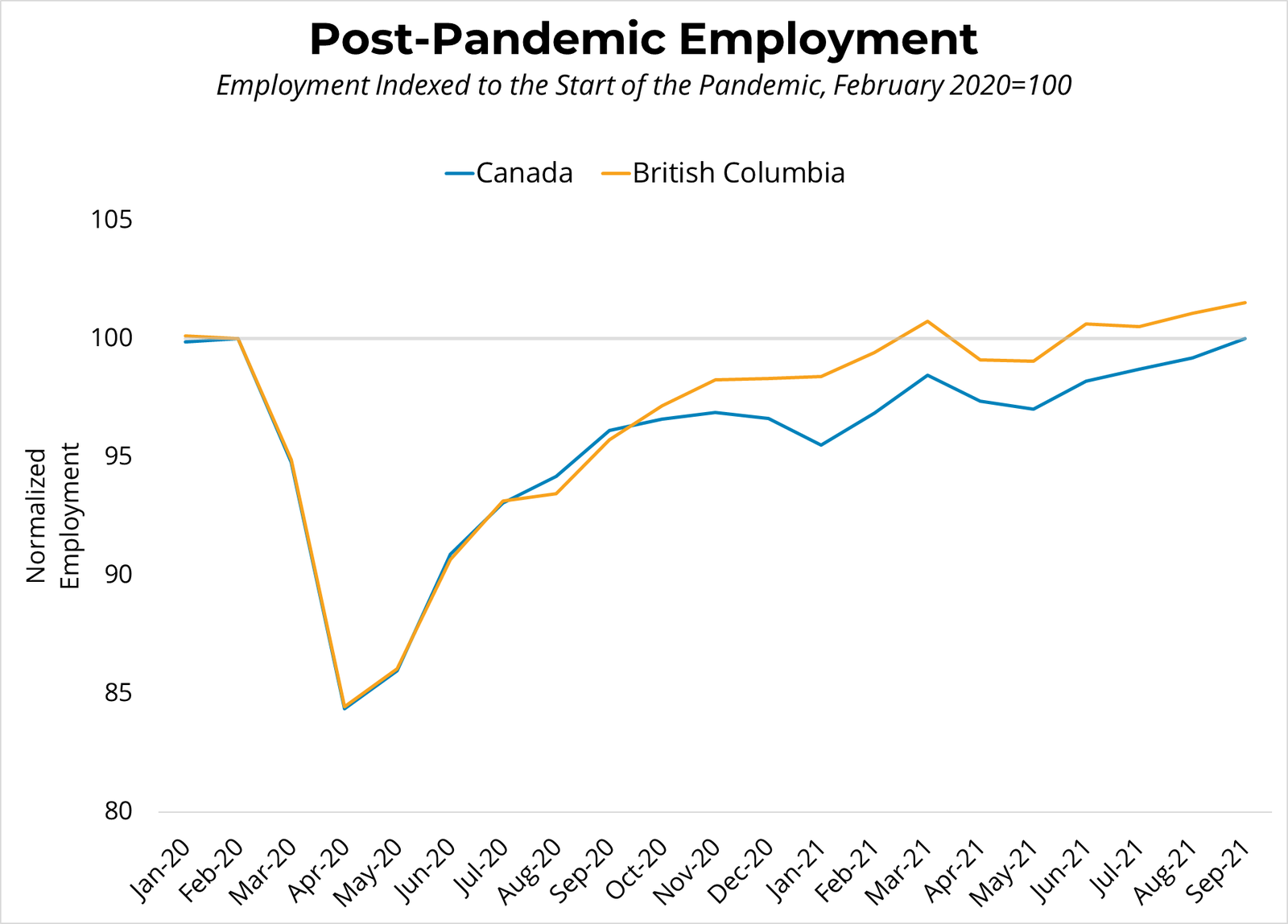 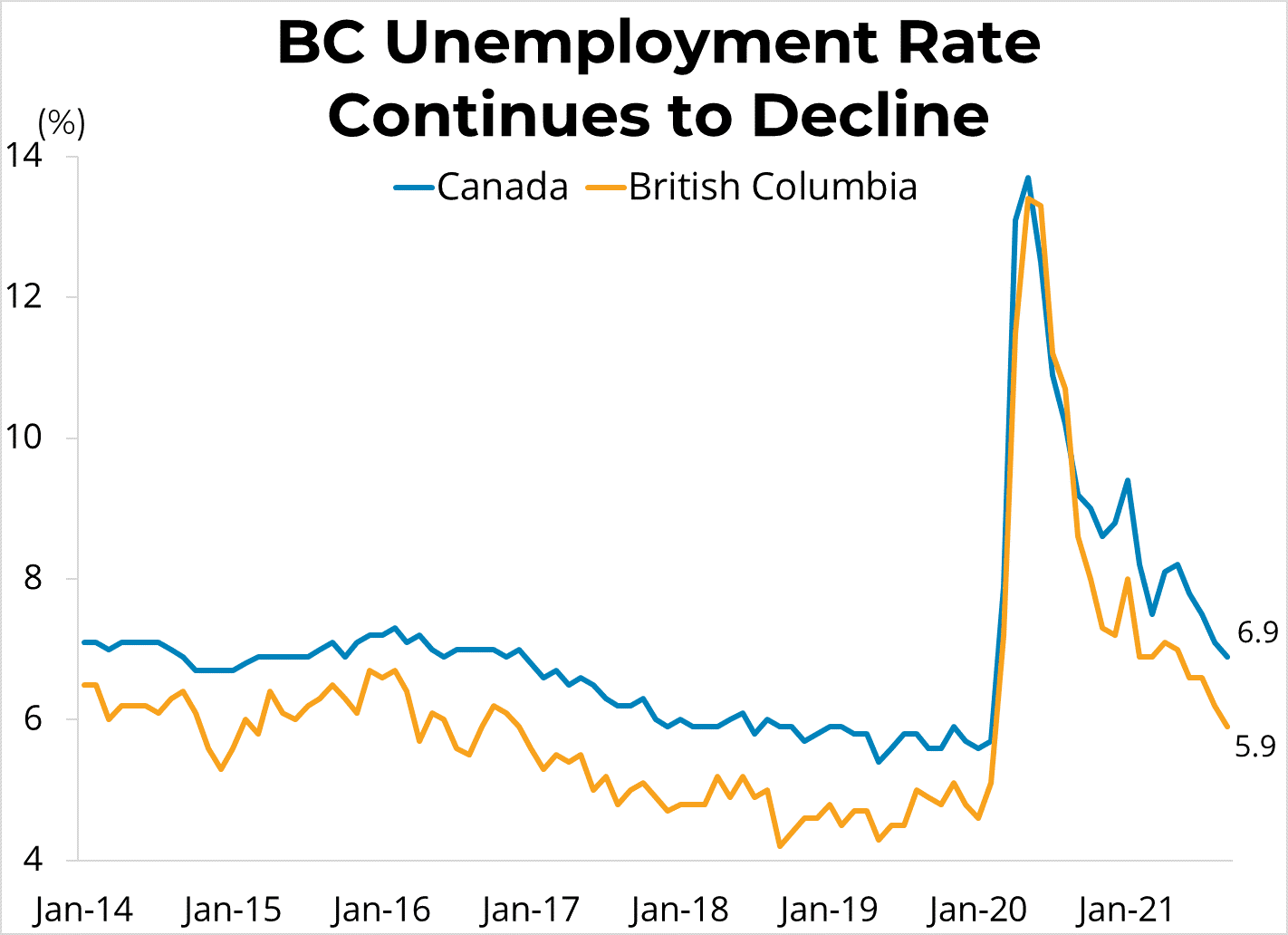