Annual Inflation In August Rises to 4.1% in Canada--But Are We Close To The Peak? 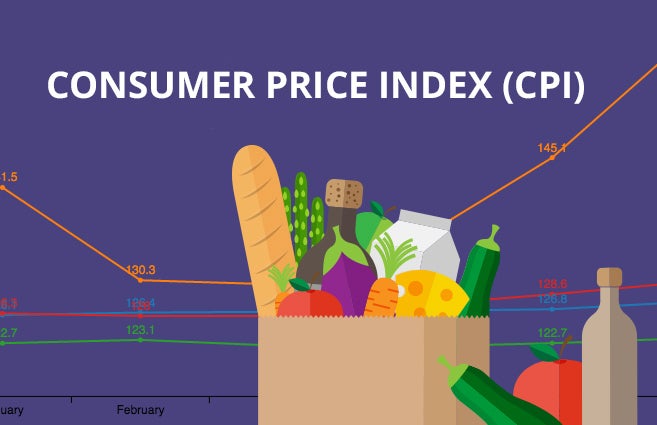 Today's release of the August Consumer Price Index (CPI) for Canada posted another uptick in the year-over-year (y/y) inflation rate, but hidden in the details was some support for the Bank of Canada's position that the spike in inflation is transitory. The Bank has long suggested that the rise in prices will prove to be the result of base effects (y/y comparisons that are biased upward by the temporary decline in prices one year ago), supply disruptions, and the surge in pent-up demand accompanying the reopening of the global economy.

This morning's Stats Canada release showed that consumer price inflation surged to a 4.1% y/y pace last month, above the 3.7% pace recorded in June, and the 3.1% pace in May. This is now the fifth consecutive month in which inflation is above the 1%-to-3% target band of the Bank of Canada.

The good news, however, is that the monthly rise in prices slowed on a (seasonally adjusted basis) in August to 0.4% compared to the 0.6% rise in July. As well, core measures of inflation preferred by the Bank of Canada, which exclude food and energy, are considerably lower than the all-items measures of the CPI. All three of the BoC's core inflation measures rose on a y/y basis last month to an average level of 2.6% vs. the all-items level of 4.1%. 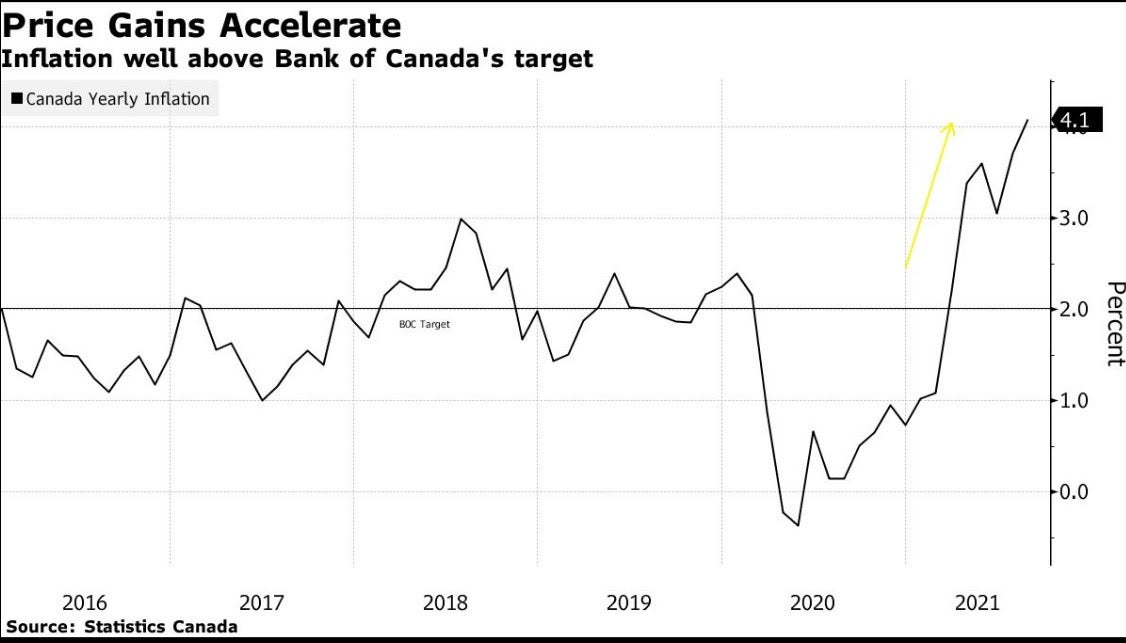 The major contributors to the surge in inflation didn't change in August. Gasoline prices rose a whopping 32.5% y/y, owing to production cuts and disruptions in the wake of Hurricane Ida. This more than offset the decline in demand due to the rise in the Delta variant, causing a sharp slowdown in China and other hard-hit regions. The homeowners' replacement cost index, related to the price of new and existing homes, rose to 14.3% in August--the largest annual increase since September 1987. Similarly, the other owned accommodation expenses index, which includes commission fees on the sale of real estate, rose 14.3% year over year in August. The easing of travel restrictions boosted demand for airfares and hotel accommodation when labour shortages and rising energy costs pressed these industries. Meat prices have also surged in the past year as restaurant demand spiked. Auto sector prices continued to rise sharply as the inventories of new vehicles, disrupted by the chip shortage, hit new record lows.

As the first chart below shows, the US has posted the highest level of inflation in the G-7, as the economic rebound there has outpaced that of its counterparts where Covid restrictions were more pervasive. Yet, yesterday's release of the US August CPI report showed a marked slowdown in inflation pressure, leading some to suggest that the transitory view of inflation has been validated.

One thing to watch, however, is wage rates. Job vacancies and labour shortages have pushed up wages in some sectors, especially in the hardest-hit low-wage hospitality and leisure sectors, including food services and accommodation. If price pressures become validated by enough wage inflation, we run the risk of inflation becoming embedded. Wage-price spiralling has not been a factor since the 1970s when labour unions were much stronger and labour had much more pricing power.

Financial markets appear to be sanguine about the prospect for inflation-induced rate hikes in the near term. Bond yields remain historically low. Next week, we will hear more from the Fed on this subject as the policy-making group releases its report on Wednesday, September 22. 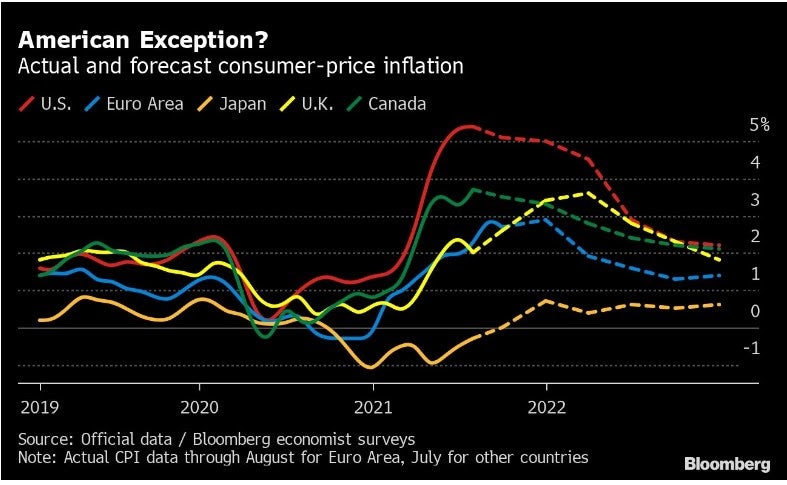 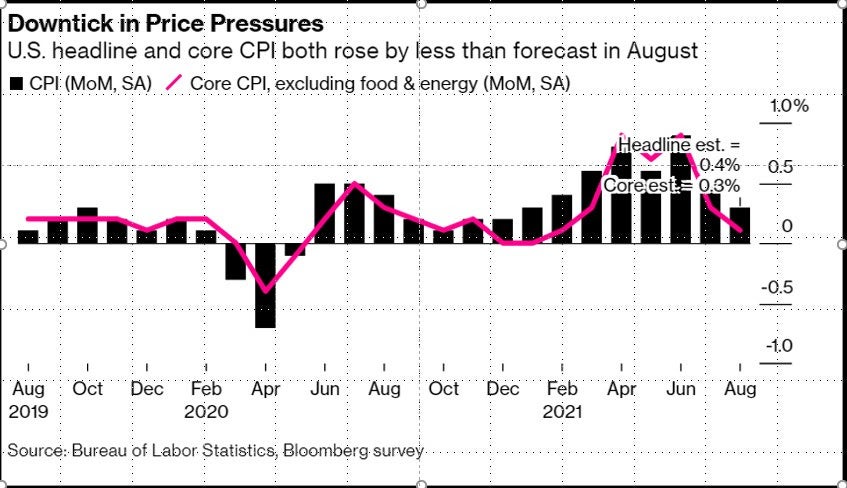 Source - Aimal Pamir - DLC
NAVIGATEHOME / DOWNTOWN / NEWS / ABOUT / CONTACT
ABOUTThe Place Real Estate Team has an extensive team of some of Vancouver’s best real estate agents working on your behalf. In addition, our administration and conveyance staff work tirelessly behind the scenes to ensure your purchase or sale goes without a hitch.Our web team are working around the clock and across the globe to ensure you have access to one of the best real estate search engines in Vancouver, and your property is being marketed online to reach the maximum possible audience.
Vancouver East Homes For Sale - Vancouver East Condos For Sale
Vancouver West Homes For
Sale -
Vancouver West Condos For Sale
Sitemap - Main - Properties