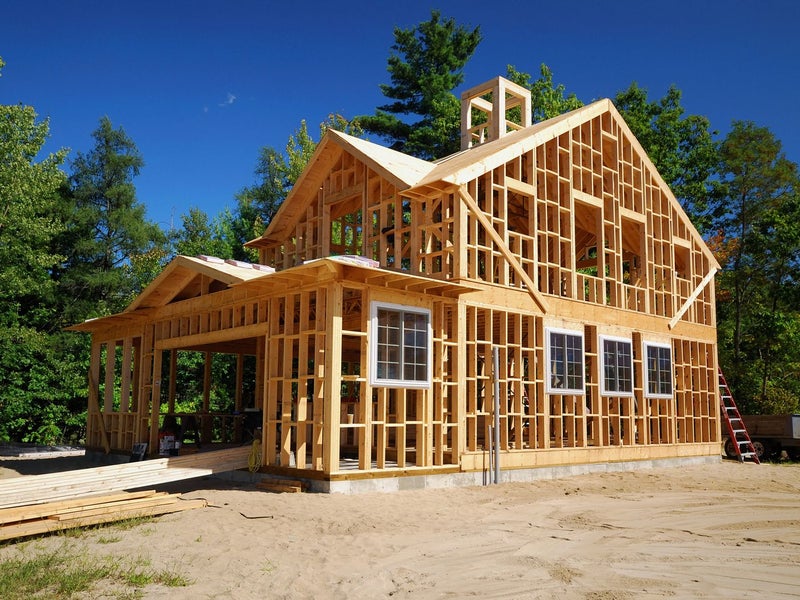 Canadian housing starts dipped slightly in July, but remain elevated by historical standards. While housing starts decreased to 272.2k units (-3.2% m/m) in July at a seasonally-adjusted annual rate (SAAR), on a year-over-year basis starts were still 11% above their July 2020 levels. Single-detached housing starts increased 7.1% from June, but this growth was not large enough to offset a 3.1% decline in multi-unit starts, resulting in an overall decline.

In British Columbia, starts declined 26% m/m to 50.7k units SAAR in all areas of the province. This drop was driven by declines in multi-unit starts in metro Vancouver. Despite this volatility, starts in the province in July were still up 26% on a year-over-year basis. In terms of the six-month moving average, BC is at a record-high level of housing starts for a second consecutive month. In centres with at least 10,000 residents, single-detached starts were down 1%, while multi-unit starts were down 27% from last month. In Vancouver, housing starts were unchanged compared with July of 2020, while Victoria starts were up 72%, Kelowna was up 56%, and Abbotsford was up 2%. 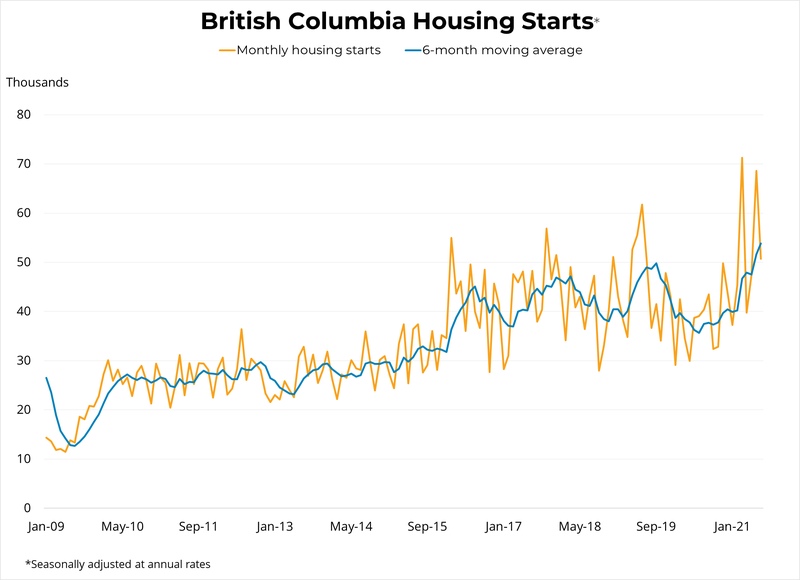 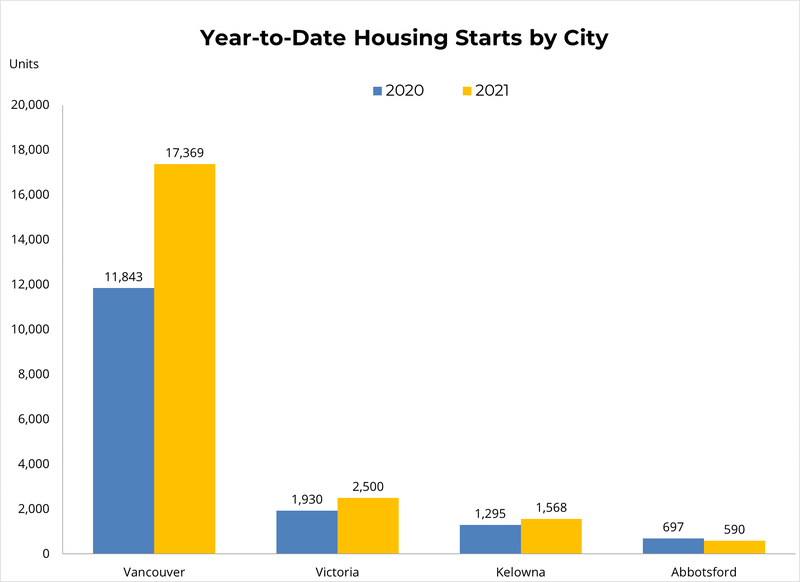