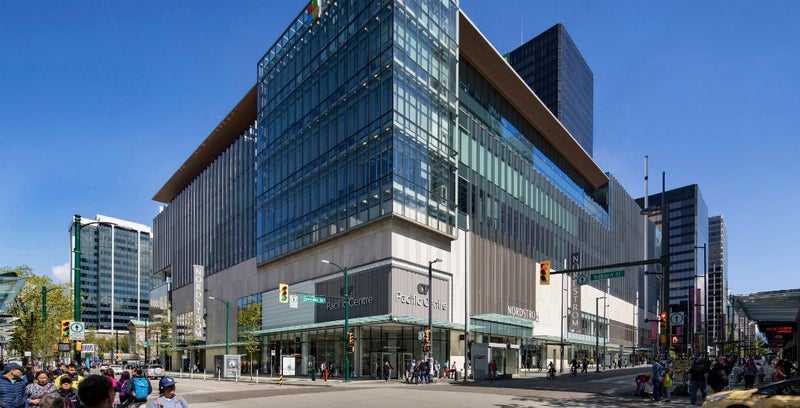 Most Canadian provinces substantially lifted public health restrictions in the first half of July. As a result, Statistics Canada is reporting positive employment figures for the month across most indicators. Canadian employment rose by 94,000 in June (0.5%, m/m) to 18.88 million, following growth of 231,000 in June. This growth brings employment to the highest level since the onset of the pandemic. Canadian employment is now -1.3% (-246k) below its February 2020 pre-pandemic level. In July, growth was driven by gains in the private sector, the food & accommodation sector, among youth aged 15-24, and among prime working-age women. Other positive indicators included gains in hours worked (+1.3%) and a decline in the number of people working less than half their usual hours (-10.1%). The unemployment rate also declined by 0.3 to 7.5%.

In BC, both total employment and the unemployment rate were largely unchanged from June. The province maintains one of the strongest labour markets in the country, with only Quebec reporting a lower unemployment rate for July. For the second consecutive month, BC remains the sole province with employment above its pre-pandemic level. 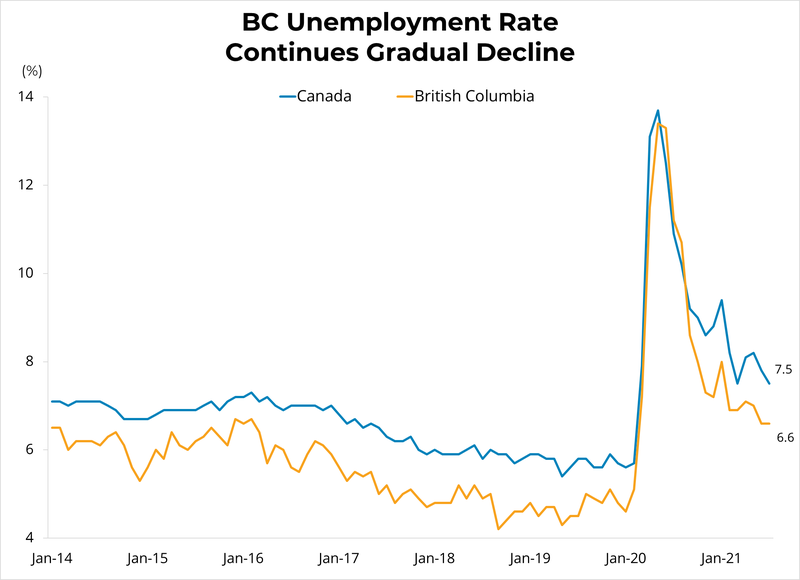 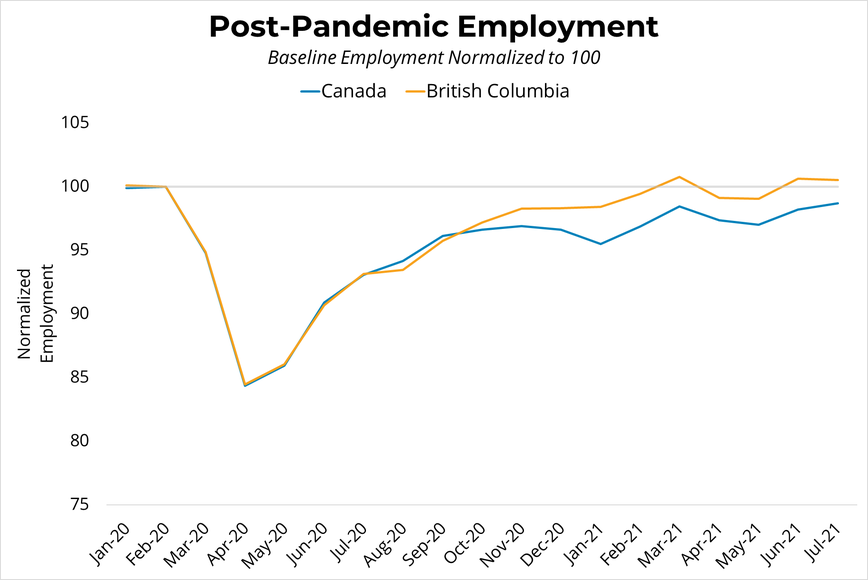