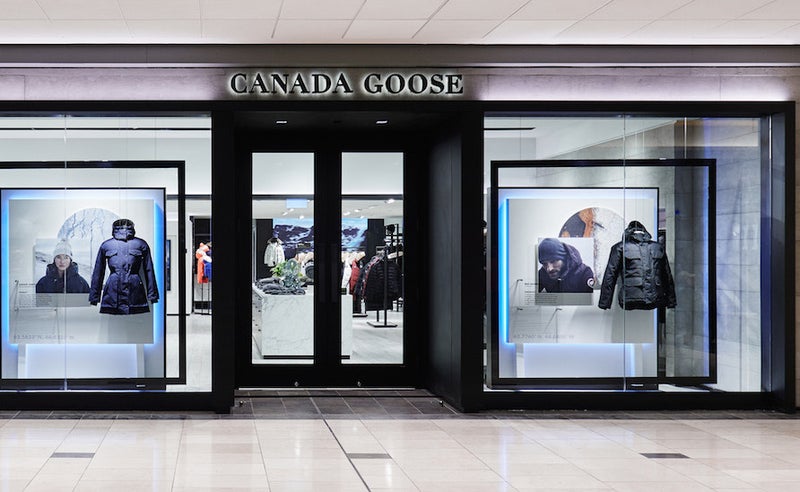 Canadian retail sales decreased 2.1% m/m to $53.8 billion on a seasonally-adjusted basis in May. Including the declines in April, sales were down 7.5% from the March peak. Declines occurred in 8 of 11 retail sectors measured by Statistics Canada, with the largest drops in building material and garden equipment and supplies dealers (-11.3%) and motor vehicle and parts dealers (-2.4%). The declines in April and May were driven by third-wave restrictions. In May, 5.6% of Canadian retailers reported being closed for at least one business day, up from 5% in April. Due to the rapidly evolving situation, Statistics Canada is reporting an advanced retail sales figure for June based on just 59.9% of respondents reporting. The agency's preliminary estimate is for a 4.4% increase in sales in June, erasing more than half of the cumulative drop in April and May. 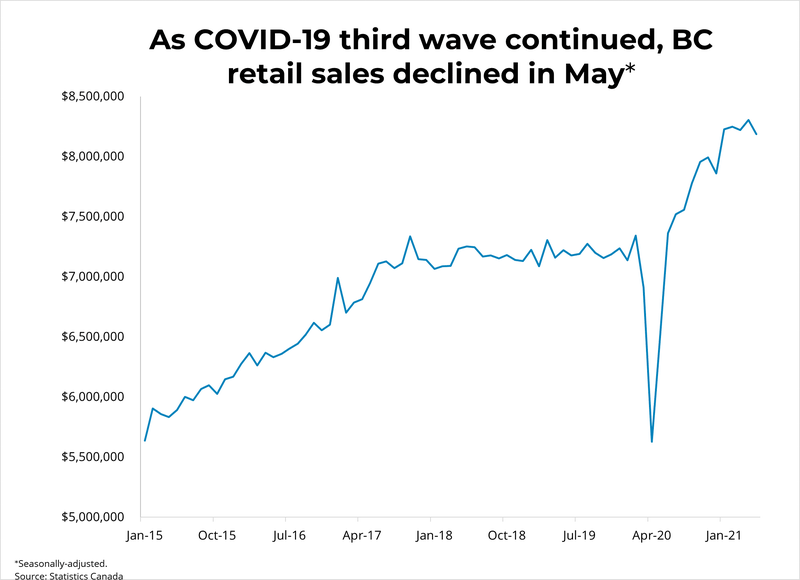 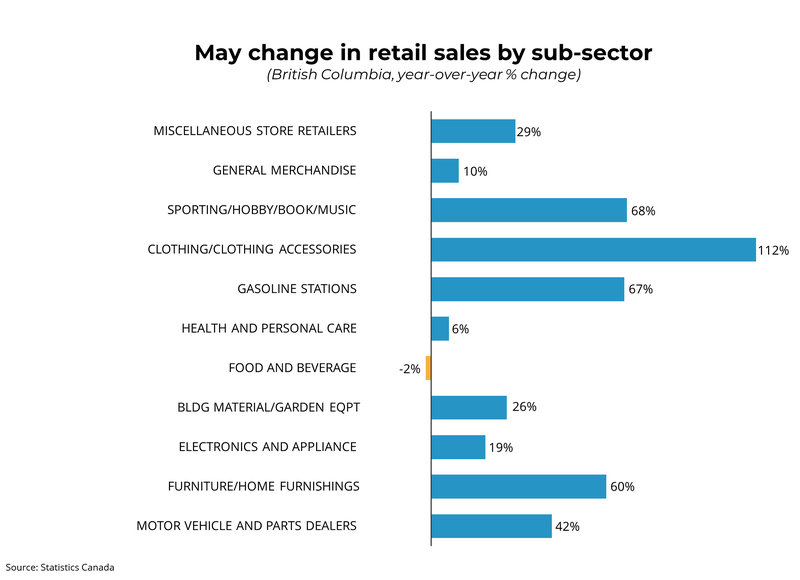 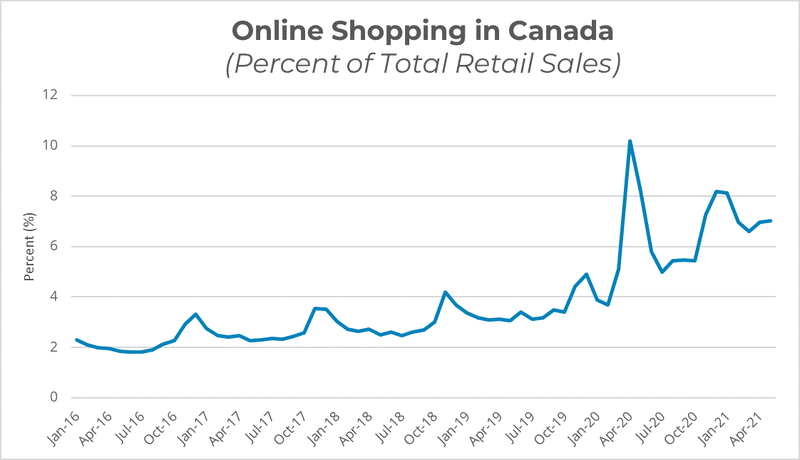