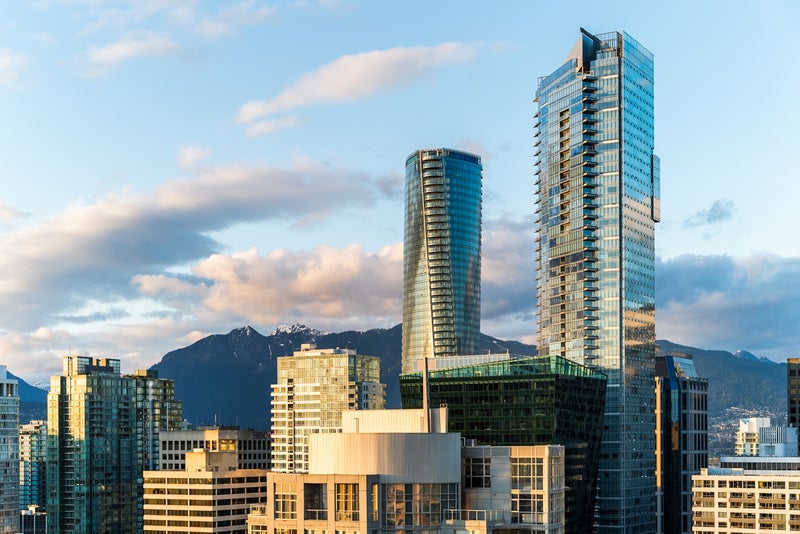 After a sharp upturn to start the year, Canadian mortgage rates remained stable through the second quarter of 2021. That said, there was recently a significant change in mortgage qualifying as OSFI and the federal government implemented a new stress test rate, which is now the higher of a borrower’s contract rate plus 200 basis points and 5.25 per cent for both insured and uninsured mortgages. The ultimate impact of this change, however, is rather minimal compared with the prevailing qualifying rate of 4.79 per cent, and only lowers purchasing power by 4 to 5 per cent. 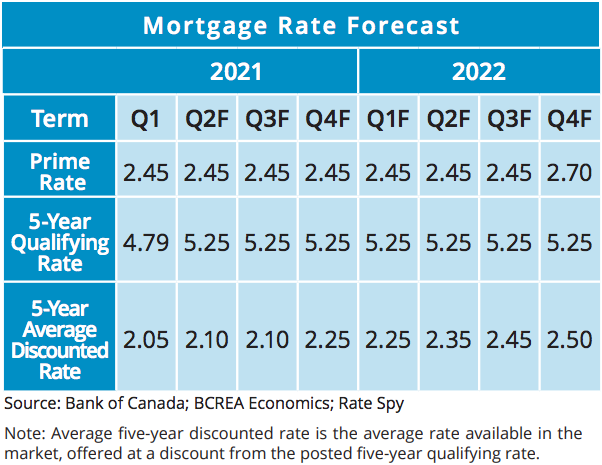 While there was little movement in mortgage rates over the past quarter, rising Canadian inflation – and the extent to which that inflation is a temporary phenomenon – is set to shape how rates evolve over the next year. The most recent inflation data, as measured by the Consumer Price Index (CPI), showed a significant uptick of inflation to its highest level in a decade at 3.4 per cent, which is largely due to a jump in energy prices compared to the early months of the pandemic. The prevailing view on inflation, also held by the Bank of Canada, is tilted toward this recent inflation being a temporary phenomenon that should settle over the next year. If so, we should see an orderly unwinding of monetary stimulus with a gradual upward trajectory for mortgage rates beginning in 2022. If that view is incorrect and inflation sustains north of 3 per cent, or expectations of future inflation become unmoored, the Bank of Canada would be prompted to raise rates higher and earlier than expected. While such a scenario is unlikely, it remains a risk given current uncertainty.
Economic Outlook 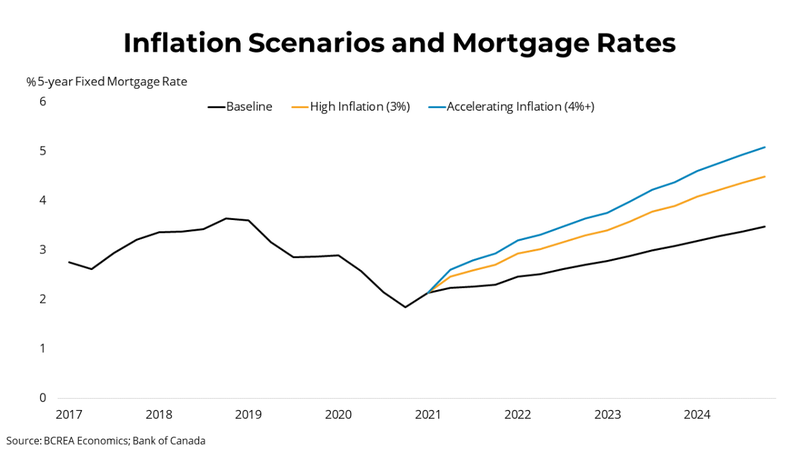 The Canadian economy expanded at an annual rate of 5.6 per cent in the first quarter of 2021, including very strong growth in March. However, restrictions due to the third wave of the pandemic point to a minor contraction of output in April before getting back on track for the rest of the year. Households continue to save at historically high rates during the pandemic. The national household savings rate rose to 13.1 per cent in the first quarter of 2021, more than double the savings rate this time last year. As vaccinations continue a strong ascent, we expect the Canadian economy to record about 6 per cent growth this year.

Ramped-up vaccinations combined with pent-up demand and unprecedented household savings mean that strong economic growth this year is a near certainty. What is less certain is the impact this growth may have on inflation. There is some risk that the mass of accumulated household savings over the past year will turn into a flood of consumption spending and potentially an overheated economy. However, there was severe damage done to Canadian output by the pandemic and there remains considerable slack in the economy. That means the economy could likely run a little hot without producing a significant or sustained uptick in inflation. 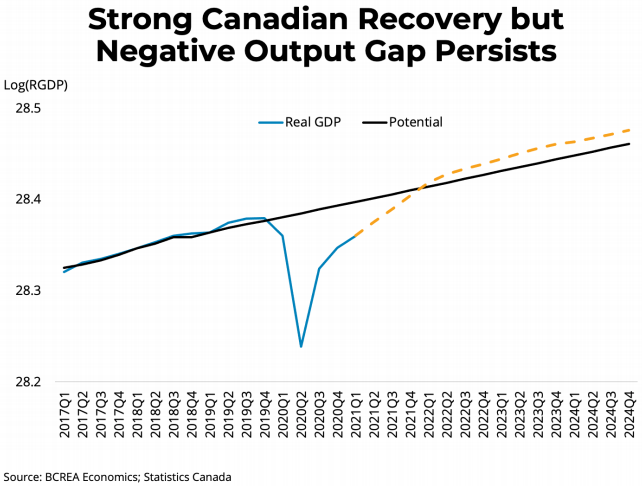 inflation, when we ask about the outlook for interest rates, we are really asking about the outlook for inflation.
Many sectors are currently dealing with the complexities of a post-pandemic recovery that has produced significant shortages of materials and labour. As a result, there is an adjustment process underway, highlighted by rapidly rising costs, as businesses scramble to recover back to pre-pandemic levels of production and service. That process, along with base effects, is likely to push inflation above 3 per cent for most of the year, although it should come back to its 2-per cent target. That is certainly the Bank of Canada’s baseline forecast, as well as that of financial markets where bond traders remain unconvinced that much higher inflation will be sustained long term. 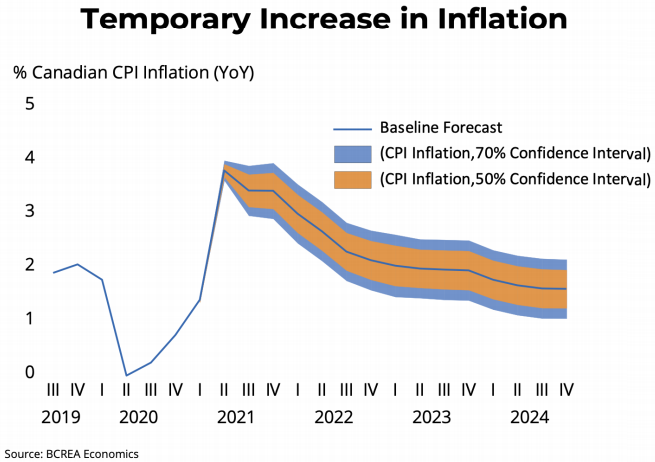 Of note, the Bank has moved up its expectation of when the output gap will close, from mid-2023 to late 2022. This is important as an economy operating at capacity is generally a signal for the Bank to begin tightening interest rates. If that timeline holds up, the Bank of Canada may raise its policy rate as early as the fourth quarter of next year.
Source - BCREA