Canadian retail sales decreased 5.7% m/m to $54.8 billion on a seasonally-adjusted basis in April. This was the largest monthly decline since April of last year. Sales declined in 9 of 11 sub-sectors, with the largest declines in clothing and general merchandise. Excluding the more volatile sectors like motor-vehicles and gasoline sales, retail sales were down 7.6% in April. Drops in sales were driven by third wave restrictions implemented across the country in April. One in twenty Canadian retailers were closed for at least one business day in April due to lockdowns.

In BC, seasonally-adjusted retail sales declined just 0.2% m/m as COVID-19 cases peaked in the middle of April. Retail sales rose 0.7% m/m in Metro Vancouver. On a non-seasonally adjusted basis, BC retail sales were up by 47% compared to the same time last year. 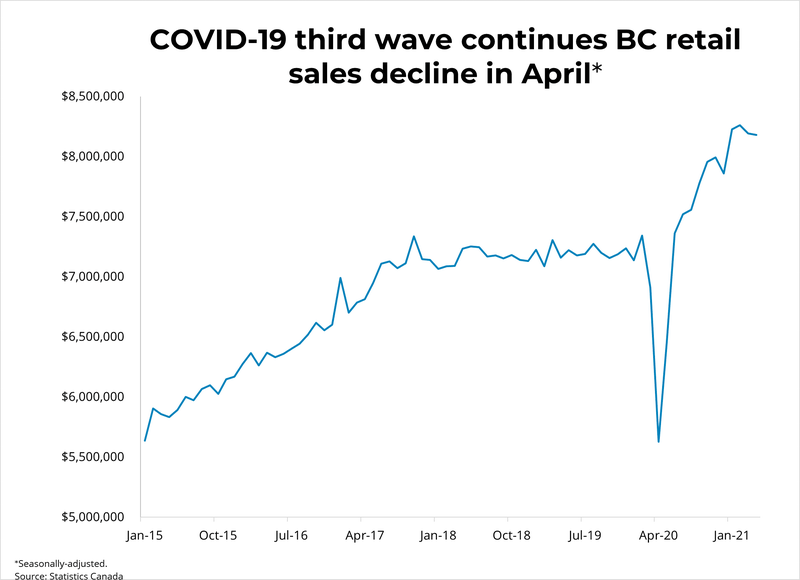 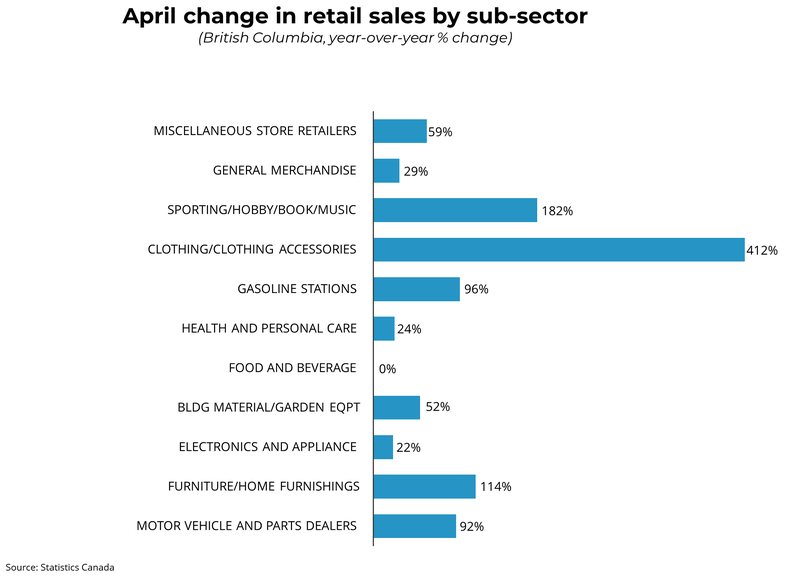