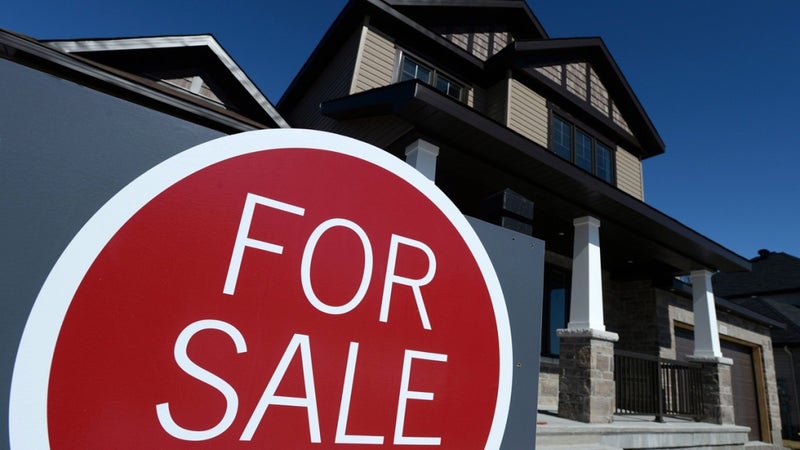 Canadian 5-year bond yields jumped in February and are now about 70 basis points above their pandemic lows. Yields moved sharply higher due to increased optimism about the economy, particularly as vaccinations progress. There may also be some pressure as Canada competes for capital with other sovereign governments looking to finance their growing deficits. A common rule-of-thumb is that each 1 per cent increase in Government Debt leads to a 2 basis point increase in long-term real (inflation-adjusted) interest rates. Given an approximately 20 point increase in Government of Canada and US debt-to-GDP ratios, that would equate to a 40 basis point increase in long-term rates. Indeed, the passing of the massive $1.9 trillion – nearly 10 per cent of GDP – American Rescue Plan in the US is one of the primary drivers of the recent surge in longterm borrowing rates. Markets are now pricing in a much stronger outlook for growth and inflation, and bond yields are responding. 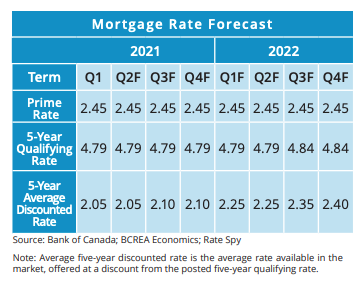 While the Bank of Canada has continued its quantitative easing (QE) program aimed at holding Canadian long-term interest rates down, there is little it can do to combat the pressure on the Canadian yield curve from rising long-term interest rates in the US. As 5-year government bond yields move higher, 5-year fixed mortgage rates have also started to rise from a record-low average of 1.8 per cent to just over 2 per cent. While rates have been rising sharply, the Government of Canada’s 5-year bond yield was above 1.5 per cent to start 2020 and the 5-year fixed mortgage rate
peaked near 3 per cent prior to the onset of COVID-19. While an increase in mortgage rates appears to be arriving earlier than previously expected, we do expect the rise to be moderate over the course of 2021. Our baseline forecast is for the 5-year fixed rate mortgage to reach 2.4 per cent by the end of 2022, though there is some upside risk if the economy starts running hotter than currently expected. 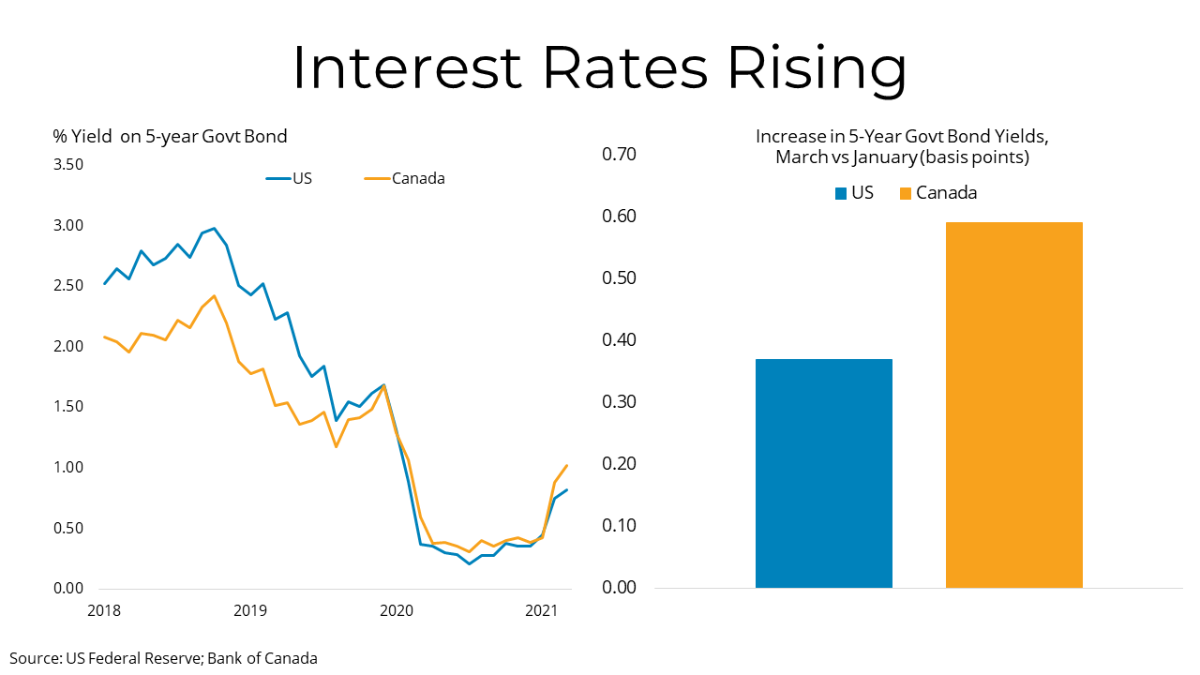 The Canadian economy shrank 5.4 per cent in 2020, the steepest decline since quarterly GDP data were first recorded in 1961. Interestingly, the household savings rate registered 12.7 per cent in Q4 of 2020, the third consecutive quarter of double-digit saving rates. Remarkably, total household savings in 2020 matched the cumulative savings of the previous seven years combined. This accumulation, and how it gets spent over the next year, will be a key component of what we expect to be a robust economic recovery in 2021. An expected acceleration of vaccinations appears to be on the immediate horizon. As that roll-out progresses, we expect pent-up spending throughout the economy to be unleashed, driving a strong economic recovery. Following an unprecedented 2020, we expect the Canadian economy will enjoy two years of very strong growth with the economy expanding by 6 per cent this year and 4.5 per cent in 2022.

The Bank of Canada finds itself somewhat caught off guard by a vastly improved economic outlook and rising long-term bond yields. The massive COVID-19 relief package recently passed by the US Congress and good news on the speed of US vaccinations have prompted a reset of expectations in financial markets as higher economic growth and
inflation get priced into bond yields. While the combination of extraordinary monetary stimulus and record-high deficit spending has some concerned about an acceleration of consumer prices, those fears are likely overblown. While total CPI inflation may increase above target for a short time, measures of core prices that the Bank uses as an operational guide for monetary policy are expected to converge to 2 percent as substantial slack in the economy is absorbed. Recognizing the much brighter economic outlook, we expect the Bank will announce a tapering of its QE at its next meeting in April but will stick to its commitment to keep the policy rate on hold. This will mean a widening gap between fixed and variable rate mortgages over the next year.
Source - BCREA