Canadian employment gained 259k jobs in February (1.4%, m/m), almost making up for the 266k jobs lost in the previous two months. This left the employment level 3.1% (-599k) below its February 2020 pre-pandemic level. The rise was largely in part-time employment with full-time positions continuing to see positive growth in February. Notable job gains were reported in Quebec (113k) and Ontario (100k), as both provinces began easing restrictions in February. The only province to report negative job growth was Newfoundland and Labrador. The national unemployment rate decreased by 1.2 percentage points to 8.2%, which is the lowest rate since March 2020.

Although national employment is still 599k below its pre-pandemic level, February's employment gain is a step in the right direction. Today's bounce-back signals that the economy is gaining momentum, as the vaccine rollout enters its next phase and public health restrictions ease. That being said, progress could be thwarted if a third wave of the pandemic forces another round of restrictions. 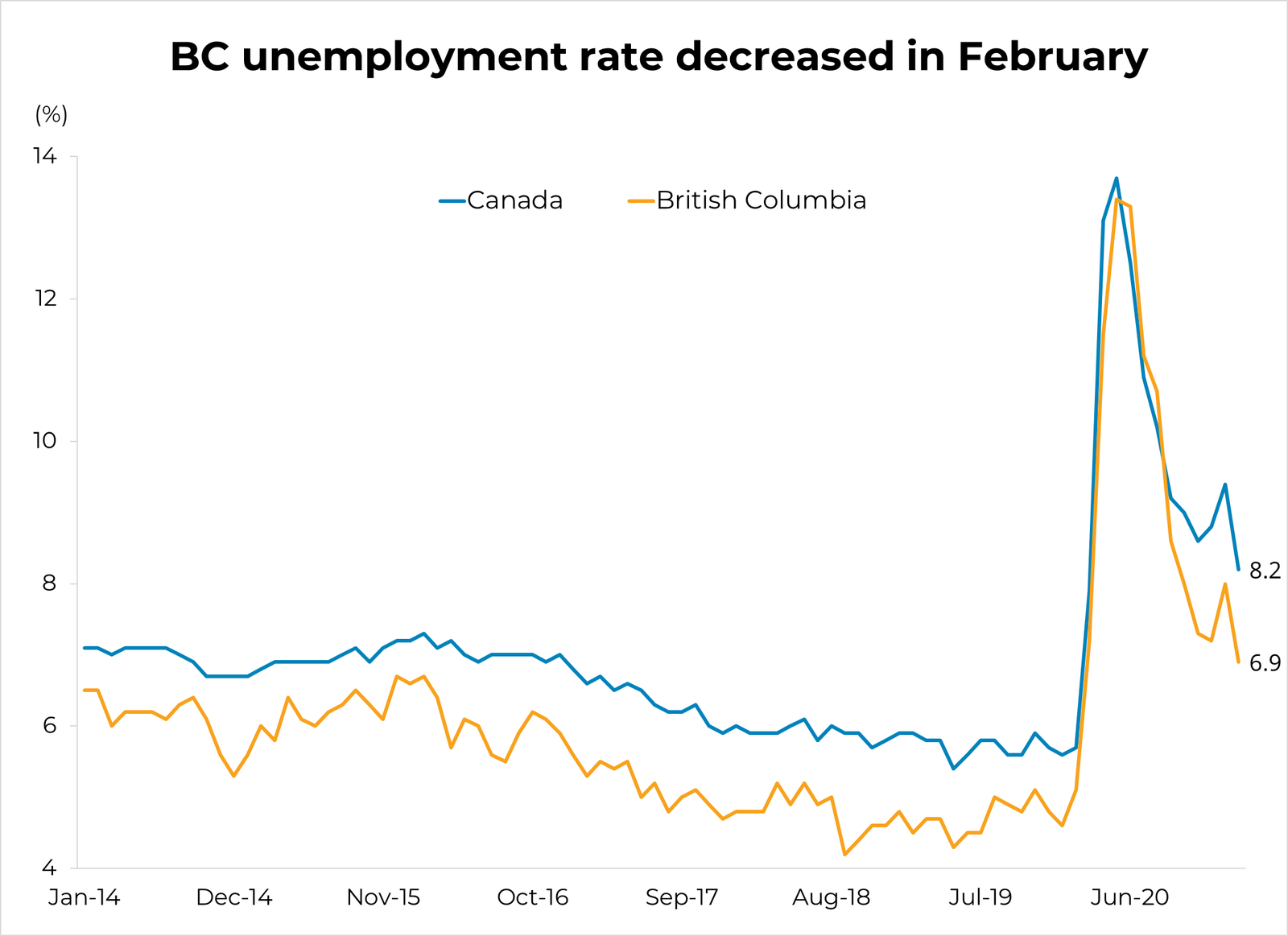