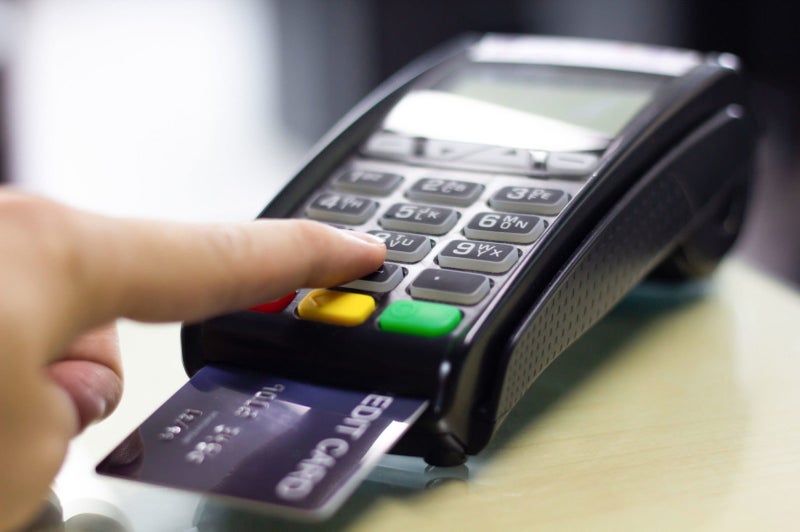 Retail sales rose for the fifth consecutive month in September by 1.1% on a seasonally-adjusted basis, which is higher than Statistic Canada's preliminary estimate of no change. Sales were up in 9 of 11 subsectors, representing 93.2% of retail sales. The increase was led by higher sales at auto dealers. General merchandise stores increased for the first time in three months, while sales bounced back at furniture and home furnishing stores. Compared to the same time last year, retail sales were up by 8%.

Sales were up in eight provinces in September, with notable increases in PEI (4.4%), New Brunswick (3.8%) and Alberta (2.5%). In BC, seasonally-adjusted retail sales were up by 1.7% ($7.8 billion) and by 0.9% ($3.6 billion) in Vancouver. Retail sales were up in almost half of the subsectors, driven by increased sales at auto dealers, while a notable decline was reported at grocery and liquor stores.

Growth in e-commerce was back up in September by 74% year-over-year, after two consecutive months of declines. In September, e-commerce sales totaled $3.2 billion, accounting for 5.6% of total retails sales, up from 5.1% in August. This excludes Canadians purchasing from foreign e-commerce retailers.

This was a good news report. Nonetheless, rising cases of COVID-19 have led some provinces such as Ontario, Quebec, Manitoba and BC to tighten restrictions, which includes discouraging non-essential travel. This could put a damper on brick and mortar retail sales as we enter the holiday season, while e-commerce could see another boost. Early estimates provided by Statistics Canada suggest that retail sales were unchanged in October. 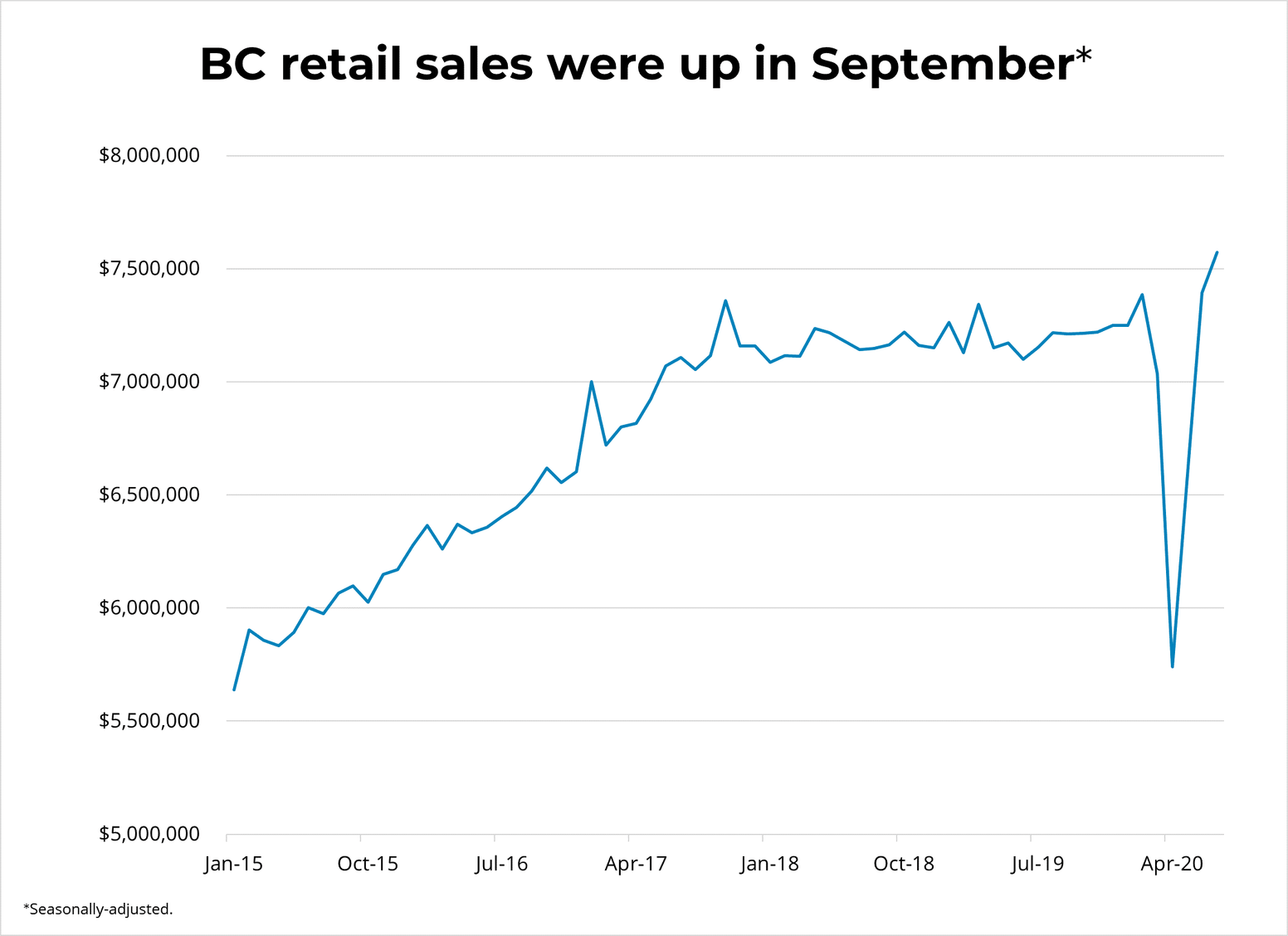 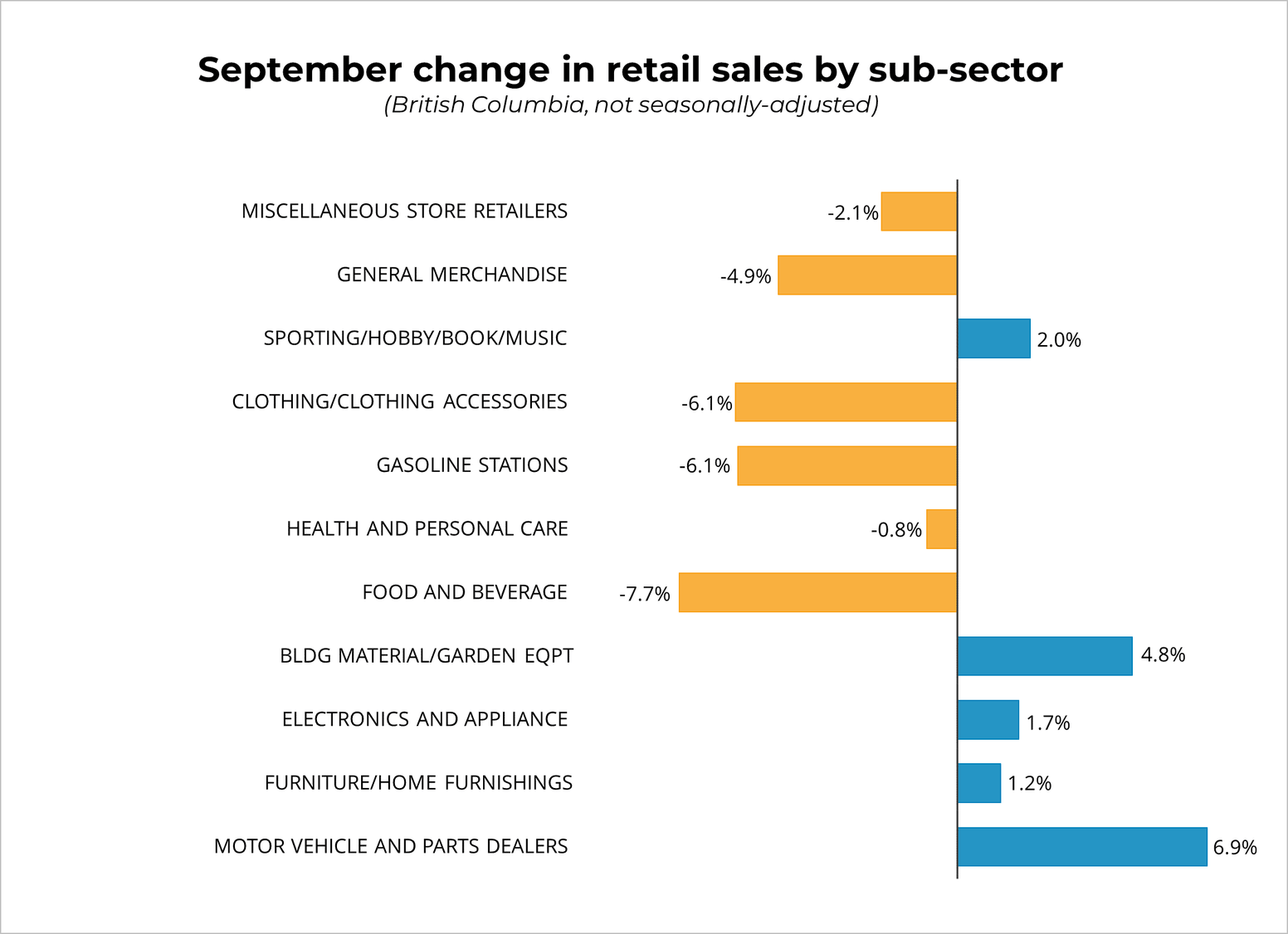