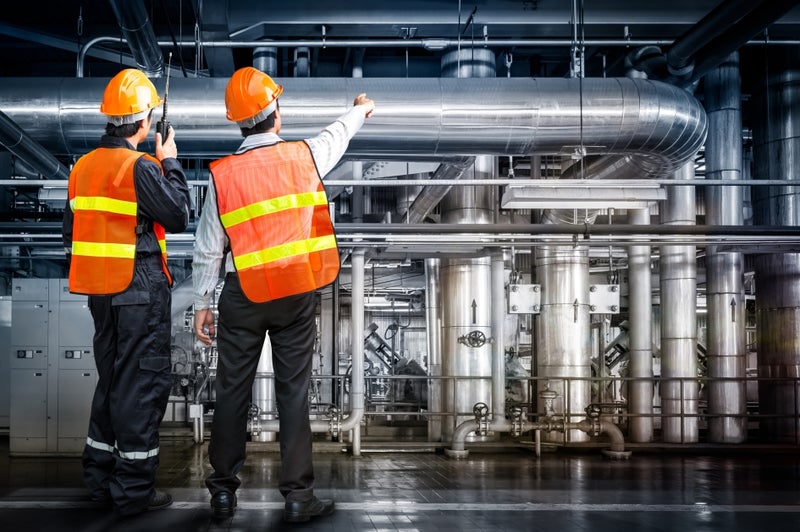 Canadian employment gained 378.2k jobs in September (2.1%, m/m), following a gain of 245.8k in August. This is the fifth consecutive month of increases, putting national employment within 719.5k of its pre-COVID February level. The national unemployment rate fell by 1.2 percentage points to 9% from the previous month. Gains in the services-producing sector were driven by accommodation/food, educational services, and information/culture/recreation, while manufacturing led the increase in the goods-producing sector. Compared to the same month last year, Canadian employment was down by 3.6% (-685k).

Regionally, employment increased in all provinces except in New Brunswick and PEI, with the largest gains in Ontario and Quebec. In BC, employment grew by 54.8k (2.3%, m/m) in September, surpassing the 15.3k gain in August. The province is now at 96% of its pre-COVID February employment level. September's gain brought down BC's unemployment rate by 2.3 percentage points to 8.4%. In Vancouver, employment increased by 35,000 jobs, contrasting the 2.3k jobs lost in August. Compared to one year ago, employment in BC was down by 4.2% (-106K) jobs.

We've come a long way since the loss of 3 million jobs in April. But as the economy continues to recover and adapt to the impacts of the global pandemic, some industries will continue to face a longer path to recovery than others. 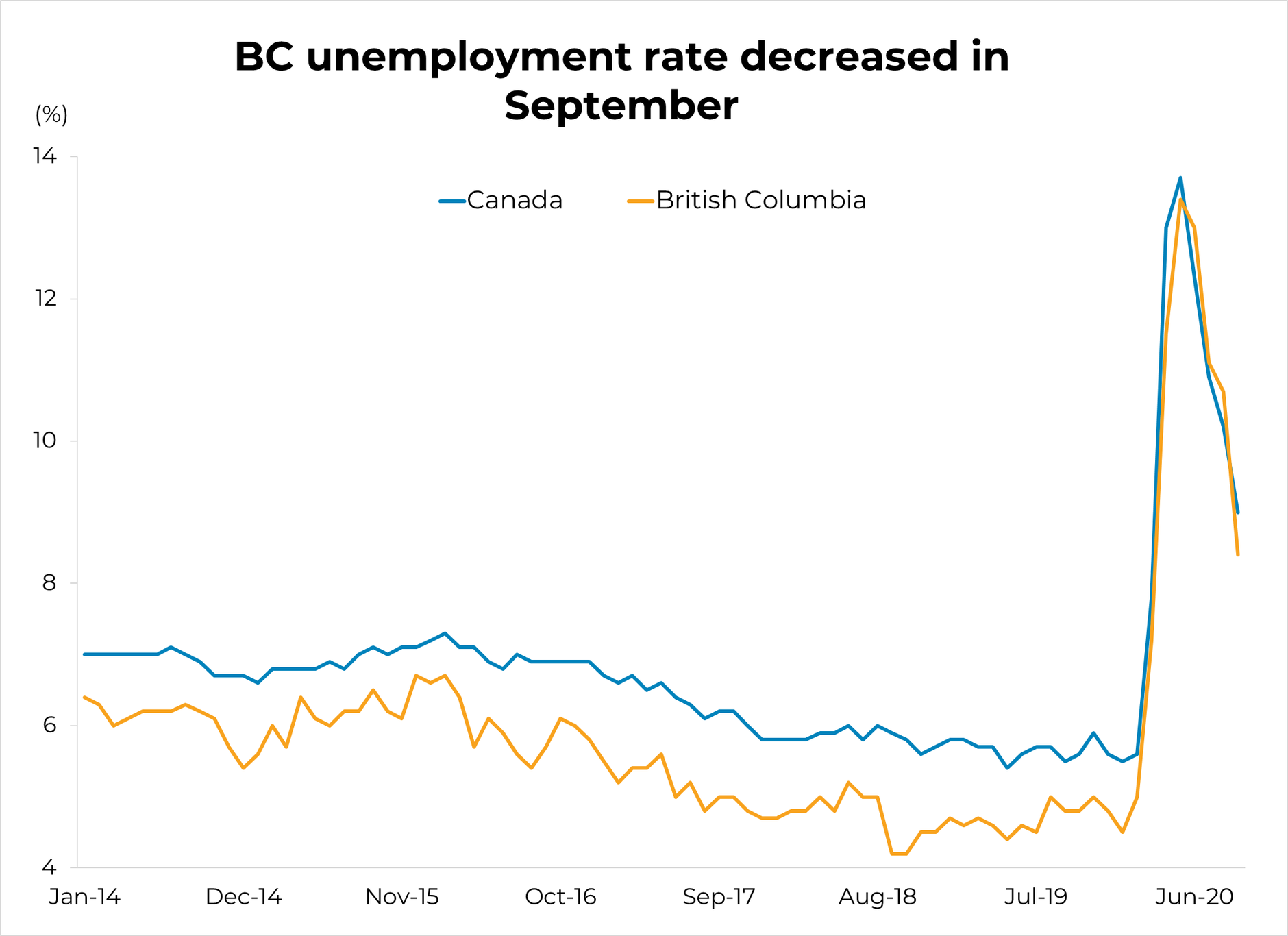 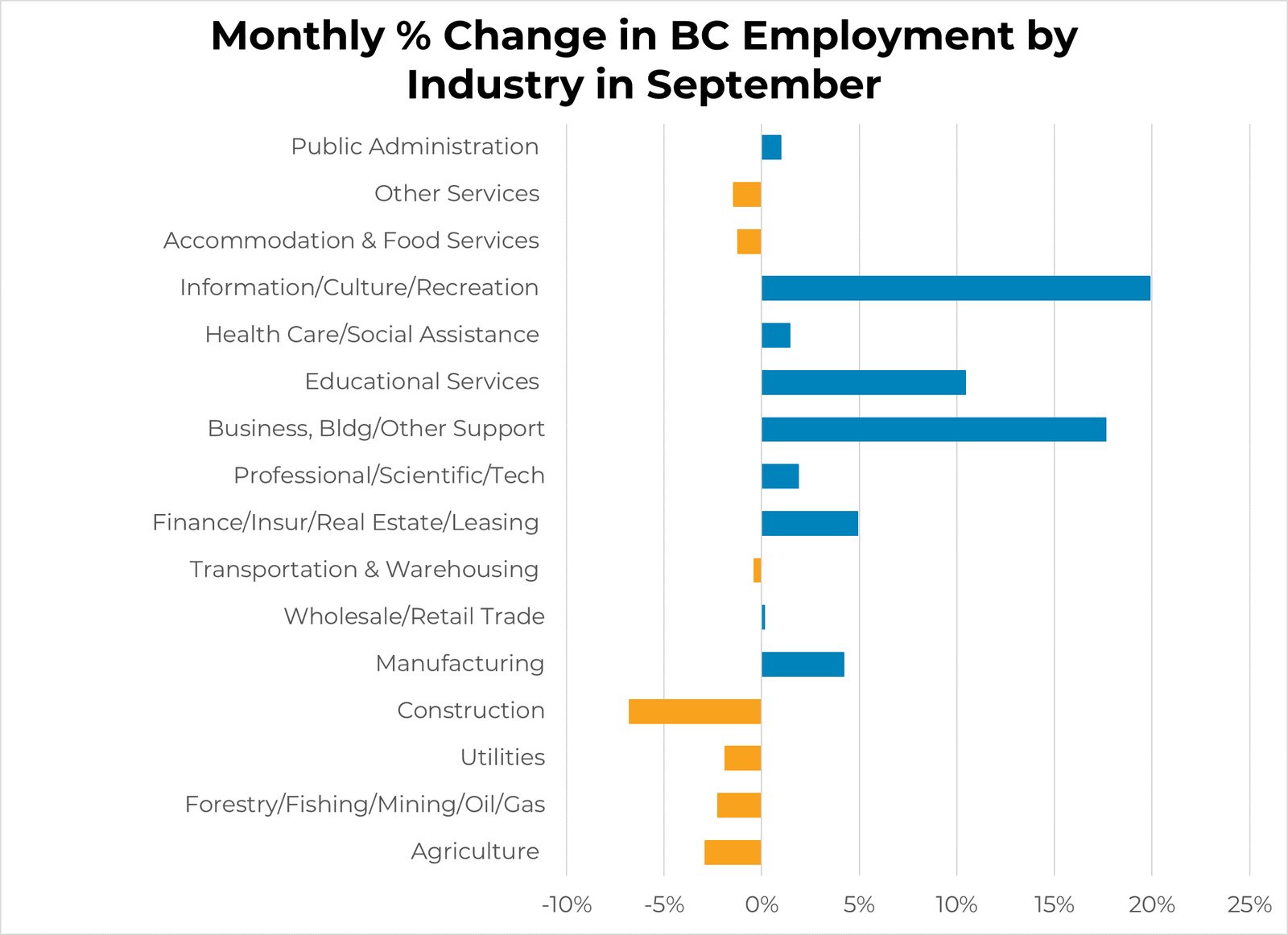