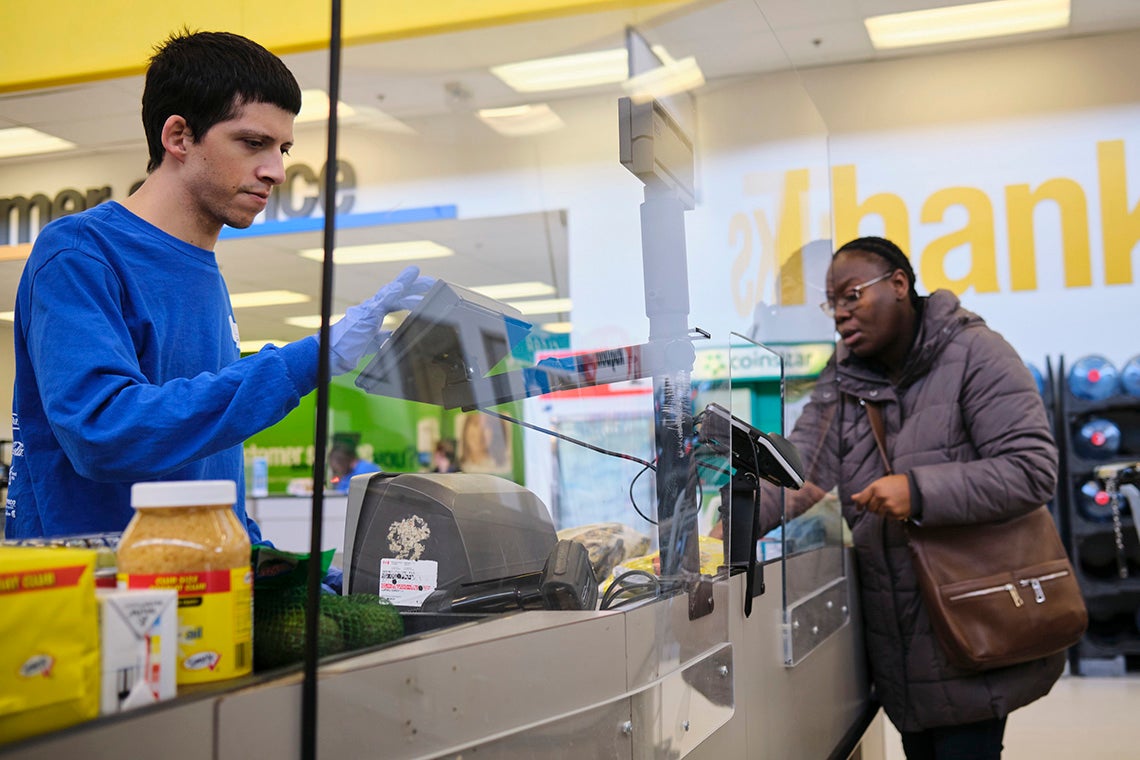 Canadian employment grew by 953,000 jobs in June (5.8%, m/m). This, combined with the increase in May, represents 40 per cent of the jobs lost in March and April. The national unemployment rate fell by 1.4 percentage points to 12.3 per cent from the previous month. The employment gains in June were somewhat evenly split between full-time work (488,000) and part-time work (465,000).

Regionally, all provinces reported an increase in employment as all had substantially eased measures. Ontario and Quebec made up two-thirds of the gain. Strong gains were reported in accommodation and food services, and retail, which were industries hardest hit by the pandemic. However, employment levels in these industries are still below pre-COVID levels. In June, employment rose slightly faster among women than men, but on a cumulative basis, men are at 92 per cent of pre-COVID levels, while women are at 89 per cent. Compared to the same month last year, Canadian employment was down by -8.5% (-1.6 million).

Meanwhile, employment in BC grew by 118,100 jobs (5.4%, m/m) in June, following a gain of 43,000 jobs in the previous month. Gains in the last two months represented 40 per cent of jobs lost in BC in March and April. June's employment gain brought down the unemployment rate by 0.4 percentage points to 13 per cent. Half of the employment increase was in accommodation and food services (55k), followed by professional services (18k) and retail (16k). This is consistent with the province's gradual reopening. Compared to one year ago, employment in BC was down by 10% (-267k) jobs.

This was another good news report, as it appears we continue to be on a slow path to recovery. At the same time, much of the gains were in industries that were waiting to reopen. There are still structural changes that need to work their way through the system, as some individuals who were furloughed may now be permanently unemployed. Also important are consumers' demand for goods and services, which is expected to be hampered by the still 235,000 unemployed individuals in BC. 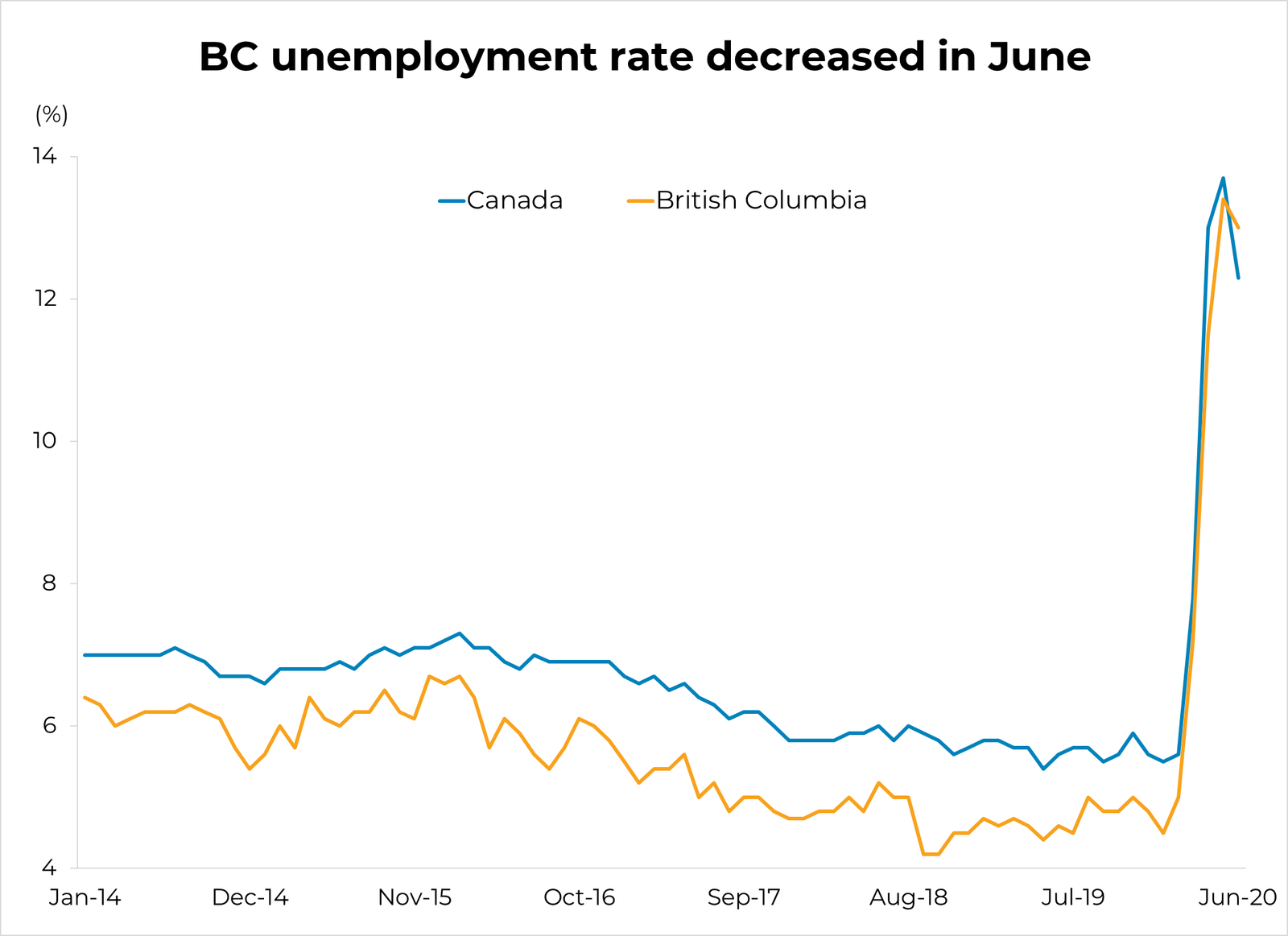 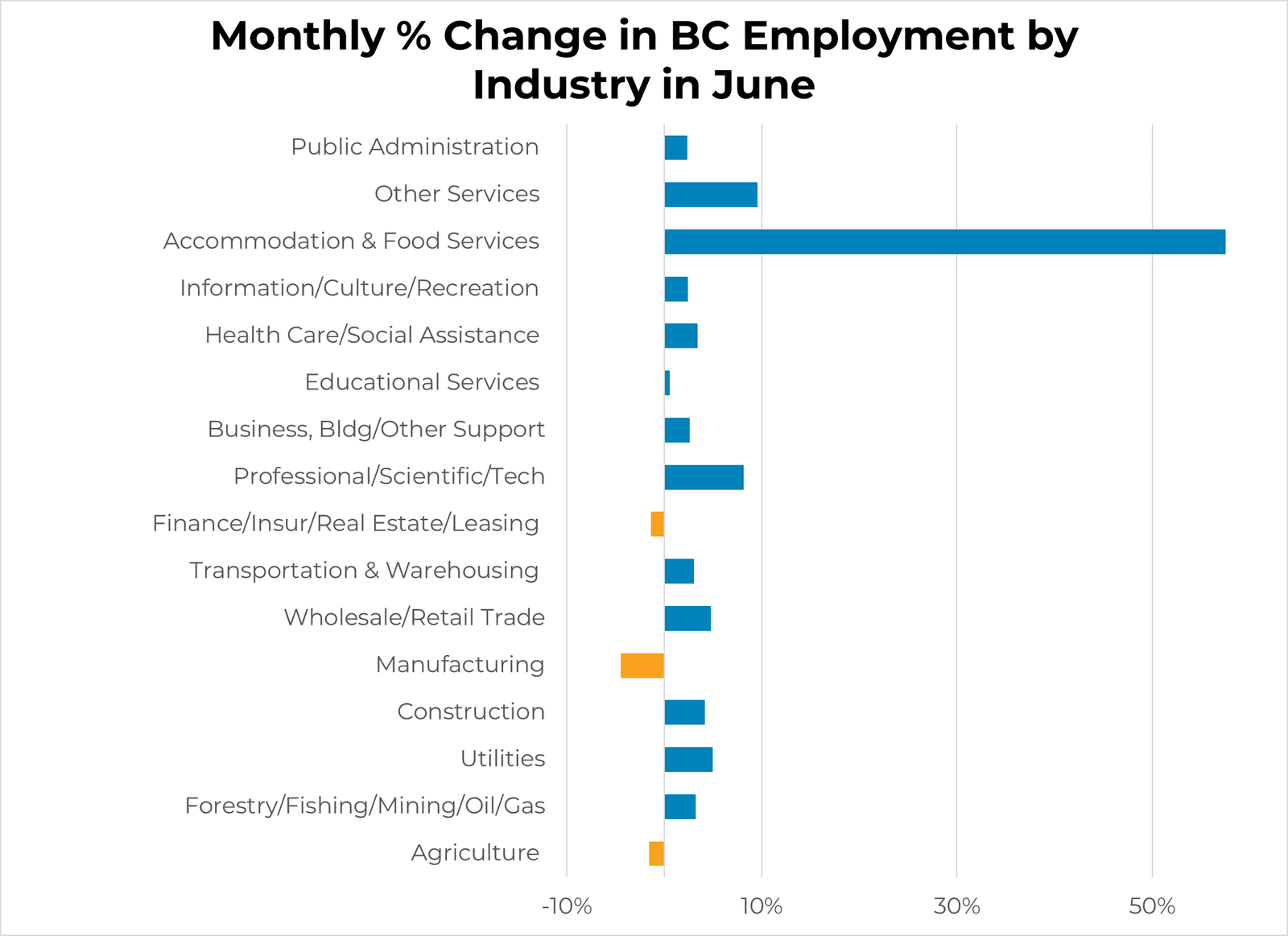