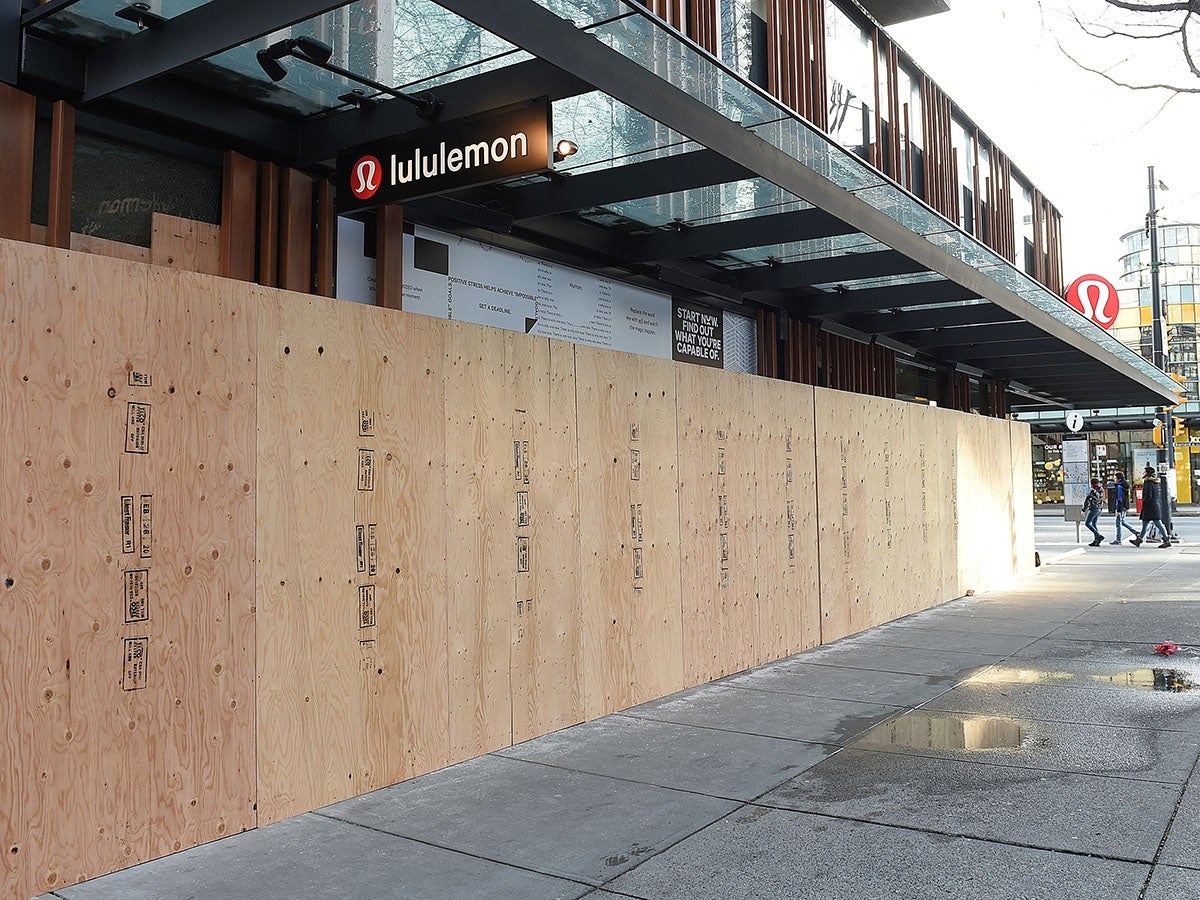 Seasonally-adjusted Canadian retail sales fell by a staggering 26% in April to $35 billion. The largest drop since the data became available in 1991. About one-third of retailers were closed in April, while in the clothing subsector it was 70%. Sales were down in all subsectors for the first time since 1993, led by auto dealers (-44%), gas stations (-32%), and food and beverage stores (-13%).

Sales were down in all provinces for the second consecutive month in April, leading the decline were Ontario (-33%) and Quebec (-28%). In BC, seasonally-adjusted retail sales were down by 21% at $5.6 billion, while Vancouver sales were down by 24%. All subsectors were hit hard with the largest monthly declines reported in clothing (-67%), sporting/hobby (-50%), furniture stores (-47%), and at gas stations (-35%). The only increase was at building material and garden equipment stores (4%).

The shutdown of physical stores caused many retailers to shift or expand their online presence. E-commerce sales were up by 120% in April year-over-year at $3.4 billion. On a non-seasonally adjusted basis, e-commerce in April went from accounting for 5% of total retail to almost 10%. This excludes Canadians purchasing from foreign e-commerce retailers.

Advance estimates provided by Statistics Canada for May indicate retail sales increased by 19%. This reflects the gradual reopening of some provinces and pent up demand. However, the magnitude and speed of what could possibly be the start of a retail recovery will depend on consumers' willingness to venture out, and on how quickly individuals can return to work/have their work hours increased. 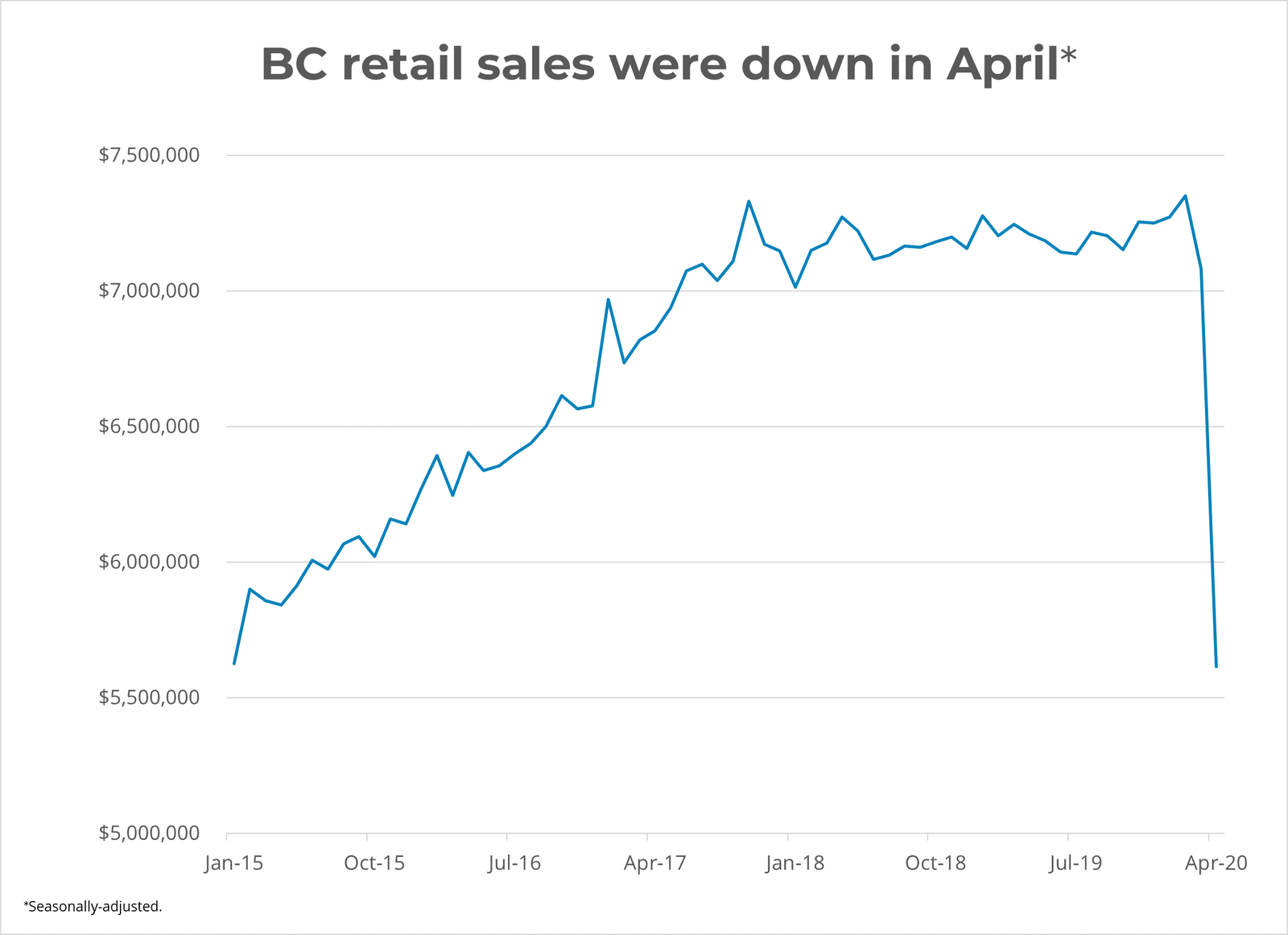 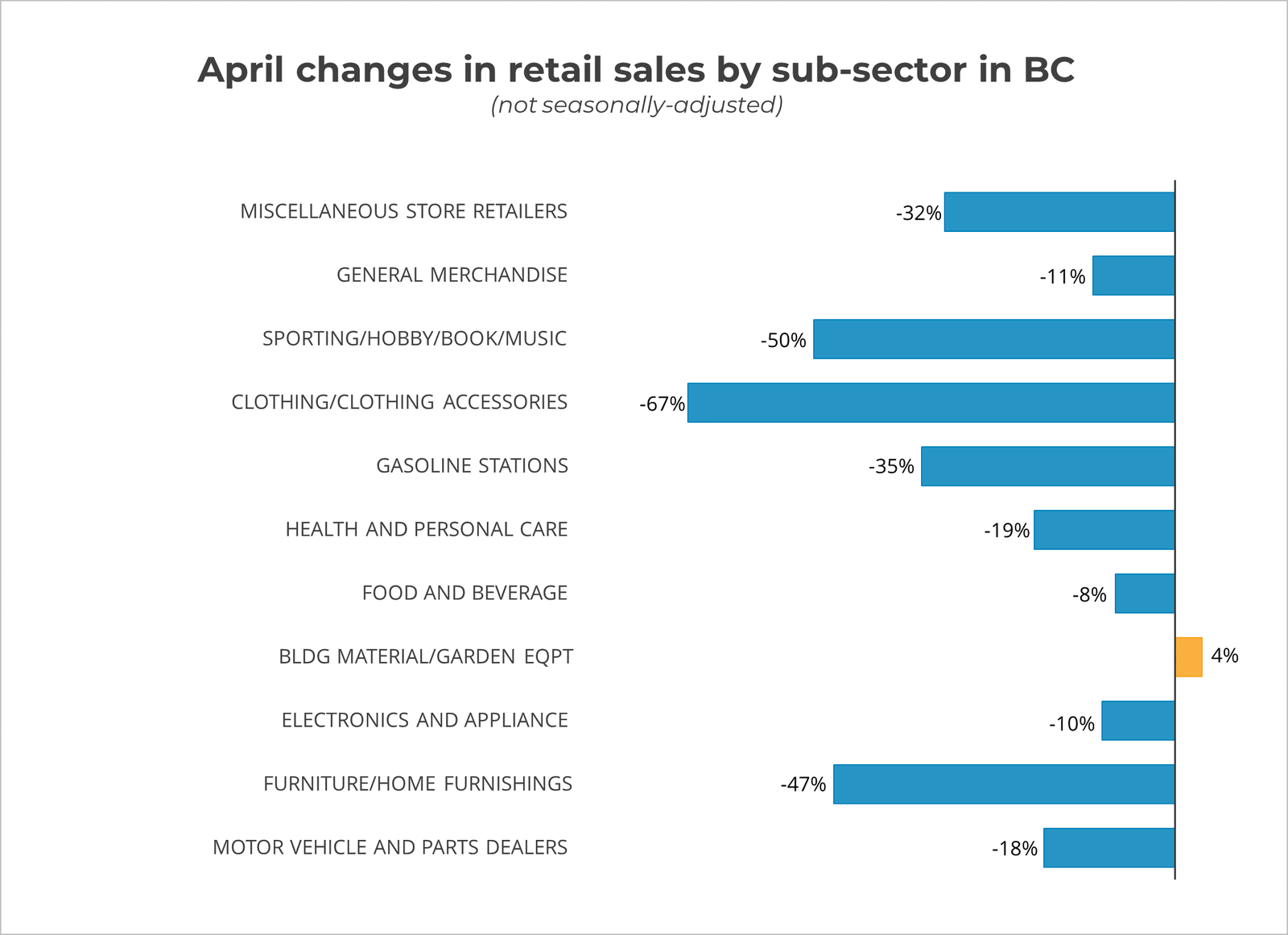