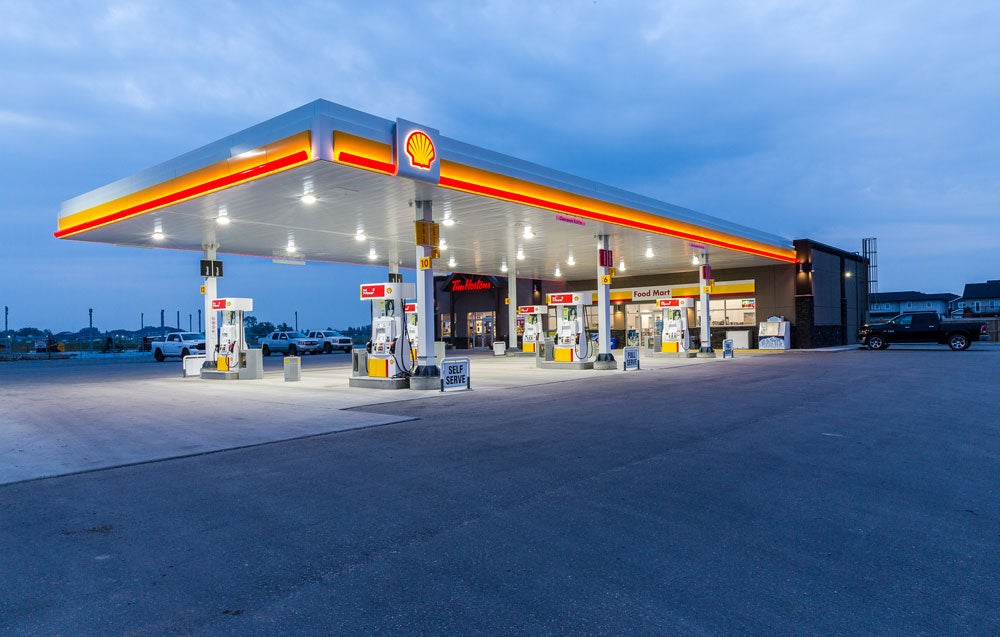 Canadian inflation, as measured by the Consumer Price Index (CPI) fell by 0.2 per cent in April year-over-year, down from a 0.9 per cent gain in the previous month. This was the first year-over-year decline in the CPI since September 2009. Energy prices were the main drag on inflation due to the drop in global demand, excluding this category, national CPI rose by 1.6 per cent year-over-year. Prices were also down for transportation (-4.4%), clothing and footwear (-4.1%) and recreation and education (-0.7%). In contrast, prices (3.4%) for food accelerated in April. The Bank of Canada's three measures of trend inflation fell 0.1 percentage points, averaging 1.8 per cent in April. The CPI was negative in all provinces except for Quebec and BC.

In BC, CPI was flat in April year-over-year, following a 1.2 per cent increase in March. Gas prices continued to fall (-19.6%), along with prices for clothing and footwear (-7.4%), transportation (-2.4%), and goods (-2.2%). Clothing and footwear retailers had to drop their prices to clear inventory, but were restricted to online sales which meant fewer sales. Meanwhile, prices grew for health and personal care (0.9%), household furnishings (0.4%) and alcohol/tobacco/cannabis (0.3%). As BC begins to re-open retail stores and food service establishments, we hope April will represent a floor on price declines. 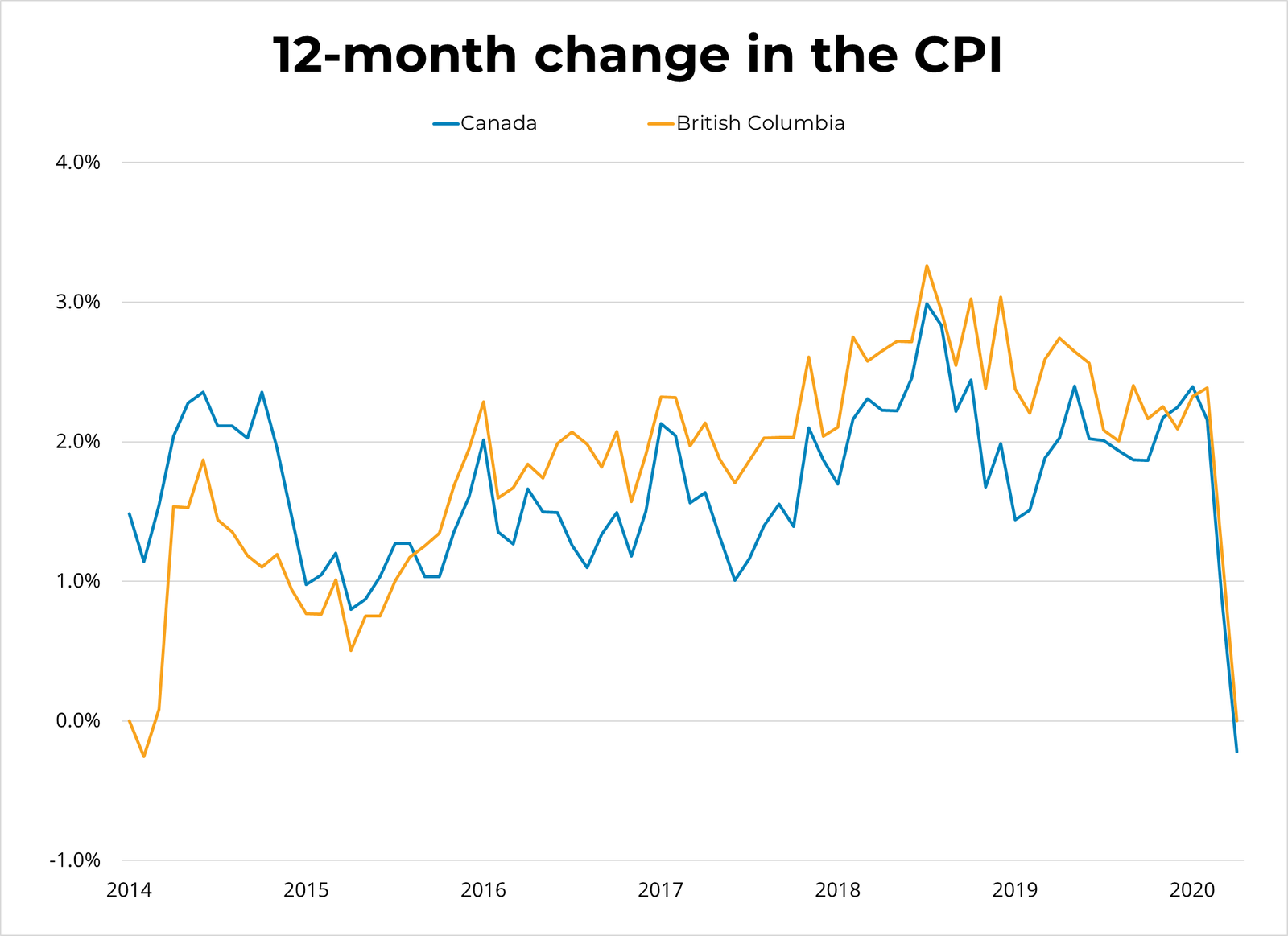 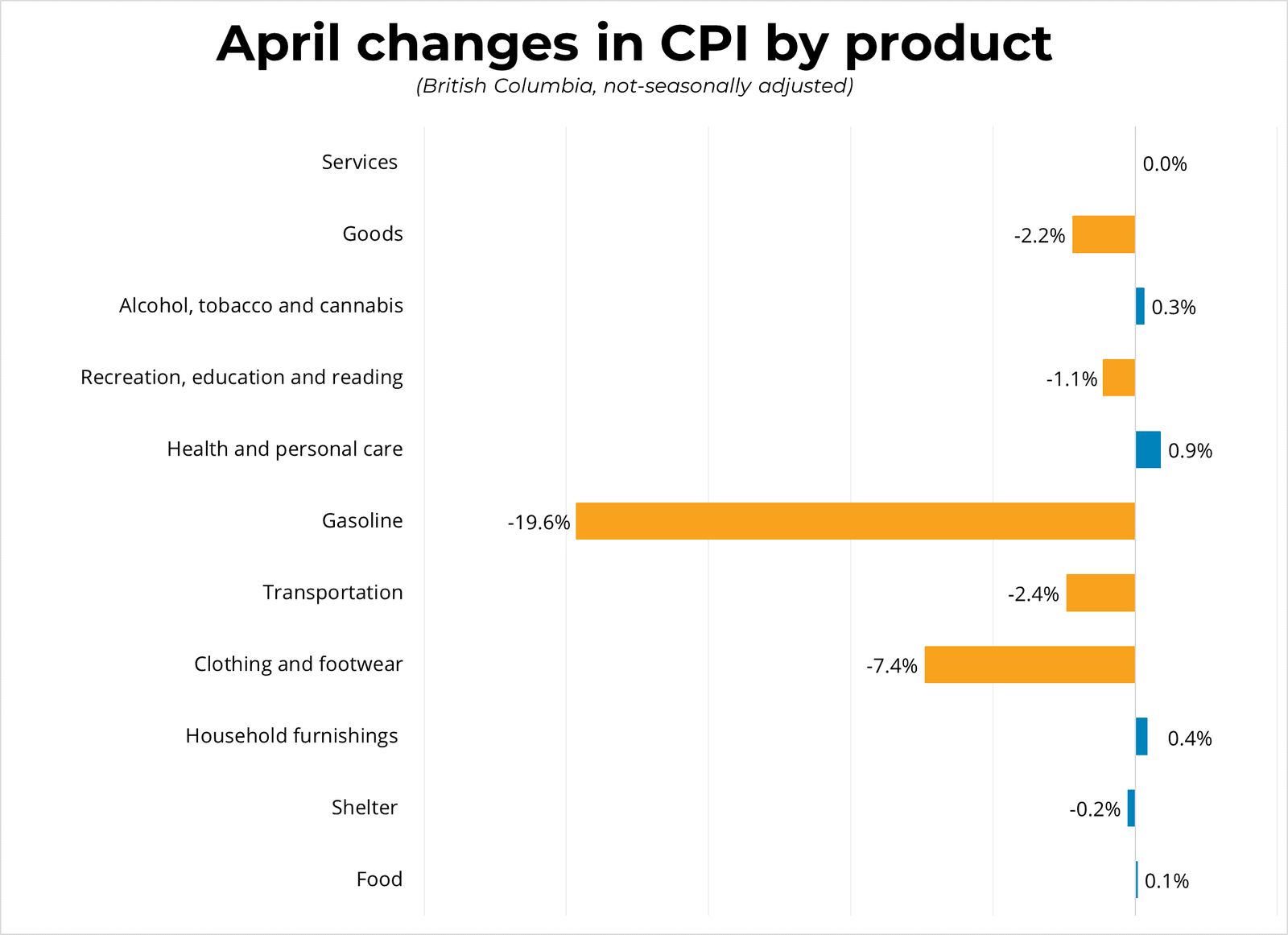