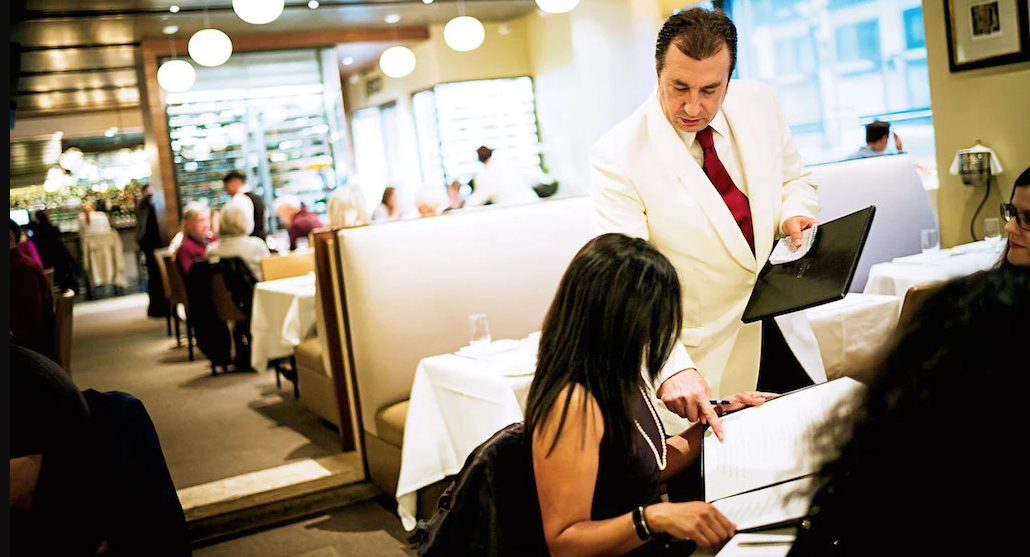 Canadian employment fell further in April by 2 million jobs (-11%, m/m), bringing cumulative losses to 3 million since February. The unemployment rate rose by 5.3 percentage points from 7.8% to 13%, as the impact from the closure of non-essential businesses and travel restrictions were not fully reflected in last month's job report. The last recession to come close to this was 1981/82 when the peak unemployment rate was 13.1%. The unemployment rate would have been 17.8% in April if adjusted to include those wanting to work (and had worked recently), but were unable to because of the pandemic.

Job losses continued to spread across the country, with the largest declines in Ontario (-690k), Quebec (-560k), BC (-264k) and Alberta (-240k). The decline in employment was driven by the private sector (-1.87 million), while the public sector reported a smaller decline of -76.8k and self-employed were down by -43.1k. The most impacted industries continue to be in the service-sector, led by wholesale and retail trade (-14%) and accommodation and food services (-34.3%). The impact also spilled over to the goods-producing sector in April, led by declines in construction (-314K) and manufacturing (-267k), partially due to the closure of all construction sites in Quebec at the end of March. Compared to the same month last year, Canadian employment was down by -15% (-2.8 million).

Meanwhile, employment in BC fell by 264,000 jobs (-11%, m/m) in April, increasing the provincial unemployment rate by 4.3 percentage points from 7.2% to 11.5%. Three-quarters of the decline was in full-time work. Employment was down in all industries except for utilities. Compared to one year ago, employment in BC was down by 16.4% (-421k) jobs.

As restrictions around the pandemic are gradually eased in many provinces, we can expect some people to start returning to work, or have their hours worked increase. The magnitude and timing will largely depend on businesses and employees' willingness to return to work given ongoing health concerns. In April, there were about 3.8 million people who had some type of attachment to a specific job but were not working due to the pandemic, suggesting that they could return to the same job in the coming months. 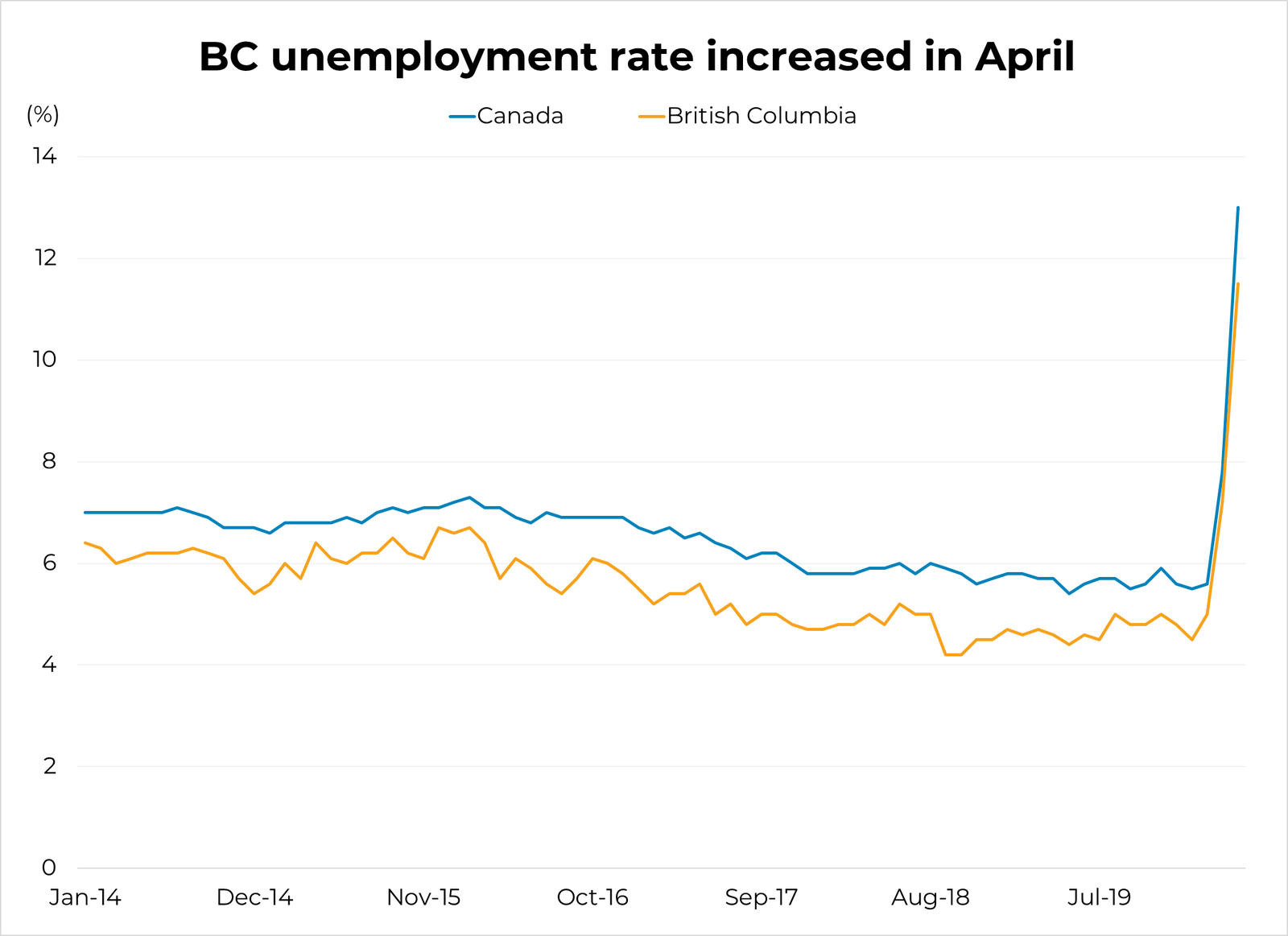 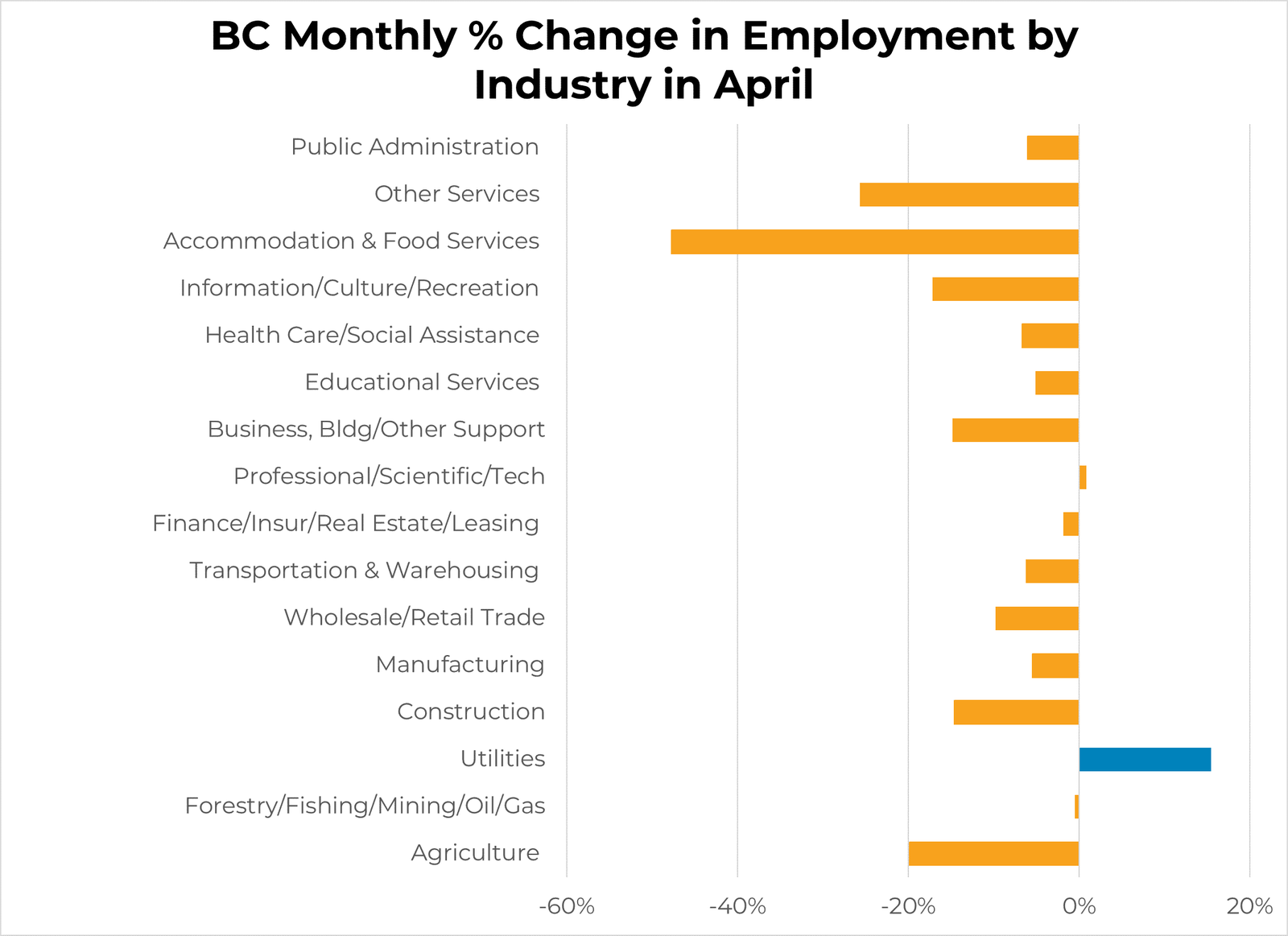