After three months of growth, Canadian real GDP was essentially flat in February as disruptions to education services and the transportation and warehousing sector stalled the economy. Excluding those sectors, economic growth was 0.2 per cent with 13 of 20 sub-sectors recording increased output. Activity in the real estate sector rose 5.9 per cent in February, the largest increase since December 2017.

Statistics Canada has also made a flash estimate for March 2020 real GDP which it estimates declined a staggering 9 per cent on a monthly basis due to the COVID-19 pandemic and associated mitigation measures. If that estimate is accurate, first quarter real GDP will contract by close to 10 per cent on an annualized basis. As dramatic as the first quarter decline appears, it will almost certainly be quickly overshadowed by what most expect to be a 30 per cent or more annualized decline in the second quarter. Note that those are annualized estimates. The actual peak-to-trough decline in Canadian real GDP is estimated at 10-15 per cent before things begin to normalize and growth rebounds in the third and fourth quarter of this year. 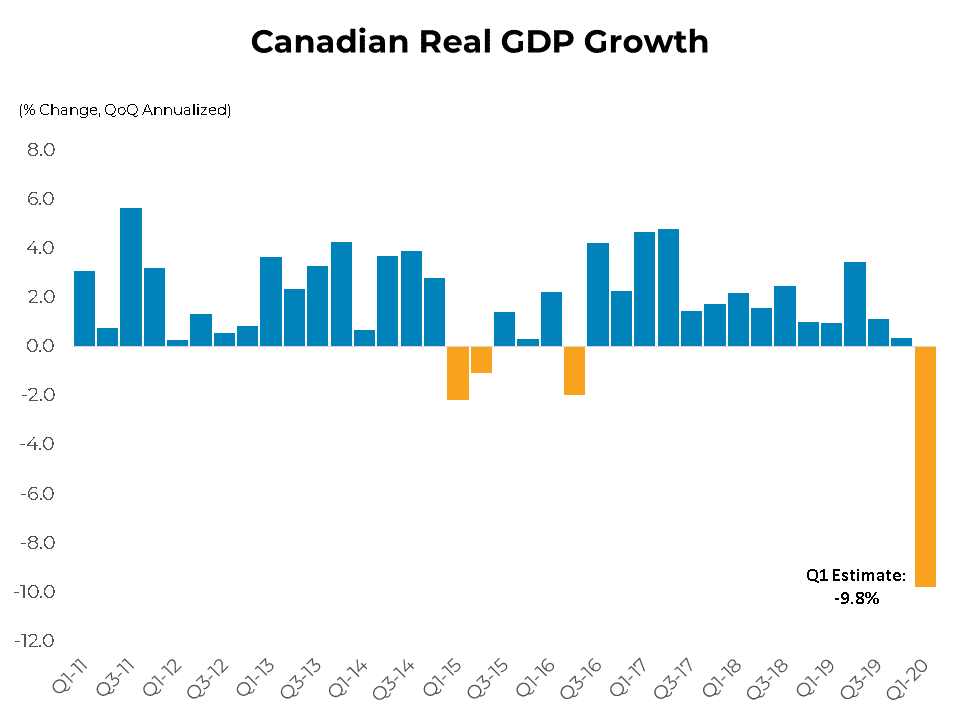