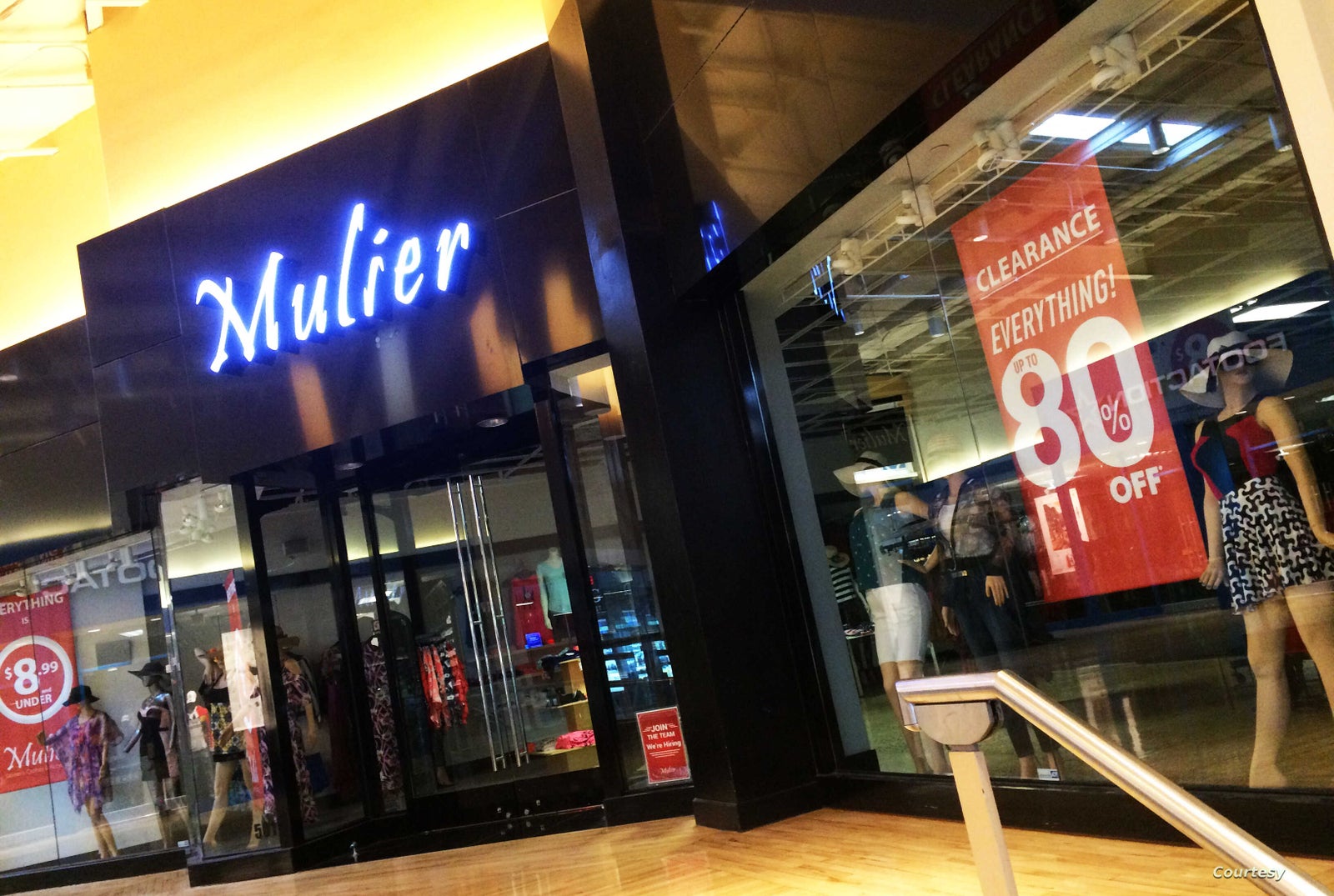 Seasonally-adjusted Canadian retail sales were up by 0.3% in February at $52 billion. The rise in February was driven by auto dealers and general merchandise stores. Sales were up in 6 of 11 sub-sectors, representing 63% of retail sales. Some retailers reported that both the rail blockades and COVID-19 negatively impacted their sales in February. In contrast, sales were positive at stores selling sporting goods, hobby, book and music, building material and garden equipment, and health and personal care.

Given that the majority of physical distancing measures and store closures were not implemented until mid-March, the impact of COVID-19 on retail sales will be more apparent in next month's data release. We can expect a steep drop in dining and entertainment, accommodations and at gas stations, while increases will likely be reported at grocery stores and in e-commerce. Compared to the same time last year, e-commerce reported an increase of 18% in February, accounting for about 3.6% of total retail sales in Canada (excludes Canadians purchasing from foreign e-commerce retailers). In March, many Canadian retailers reported opening or expanded their e-commerce platforms. 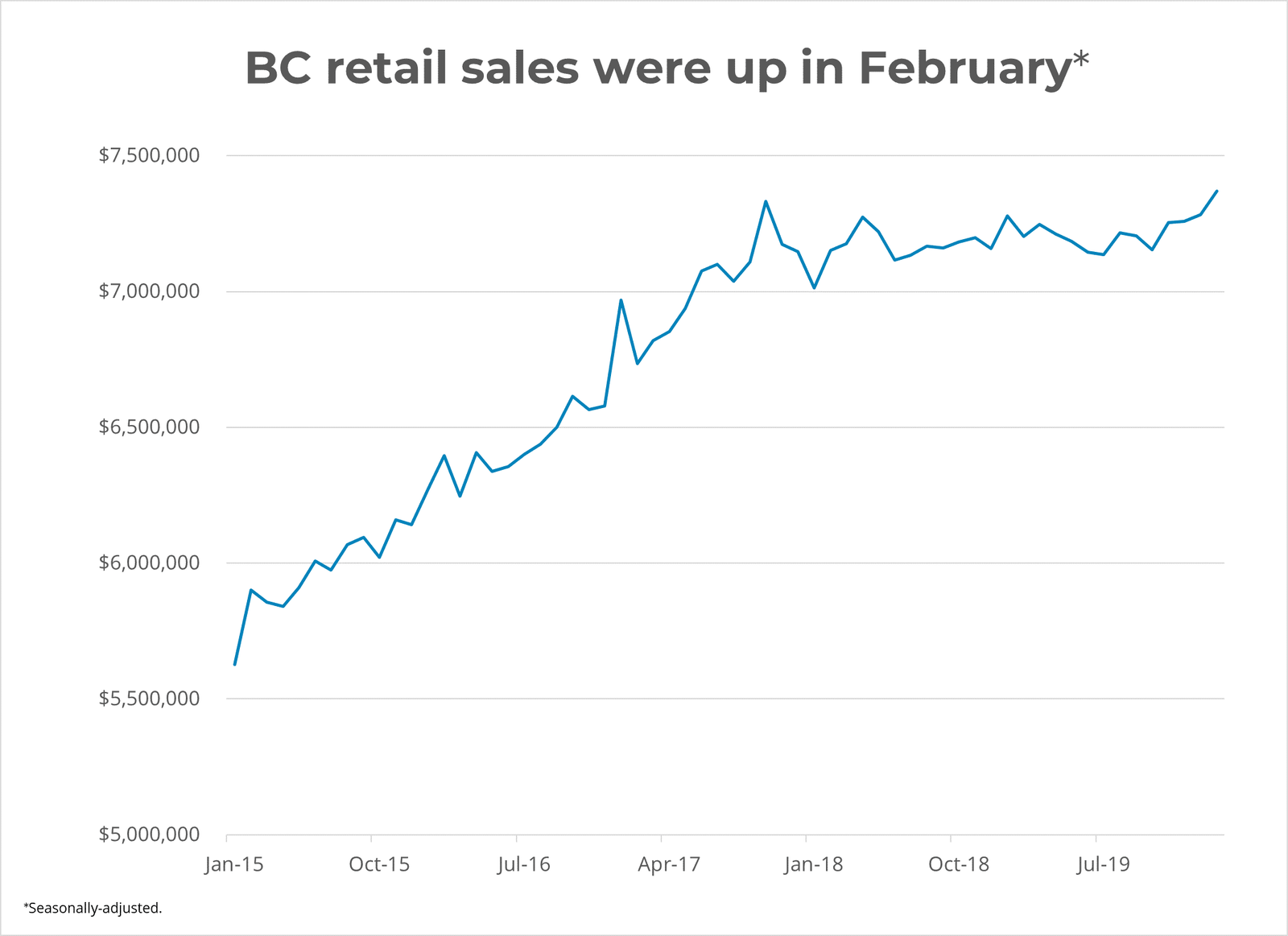 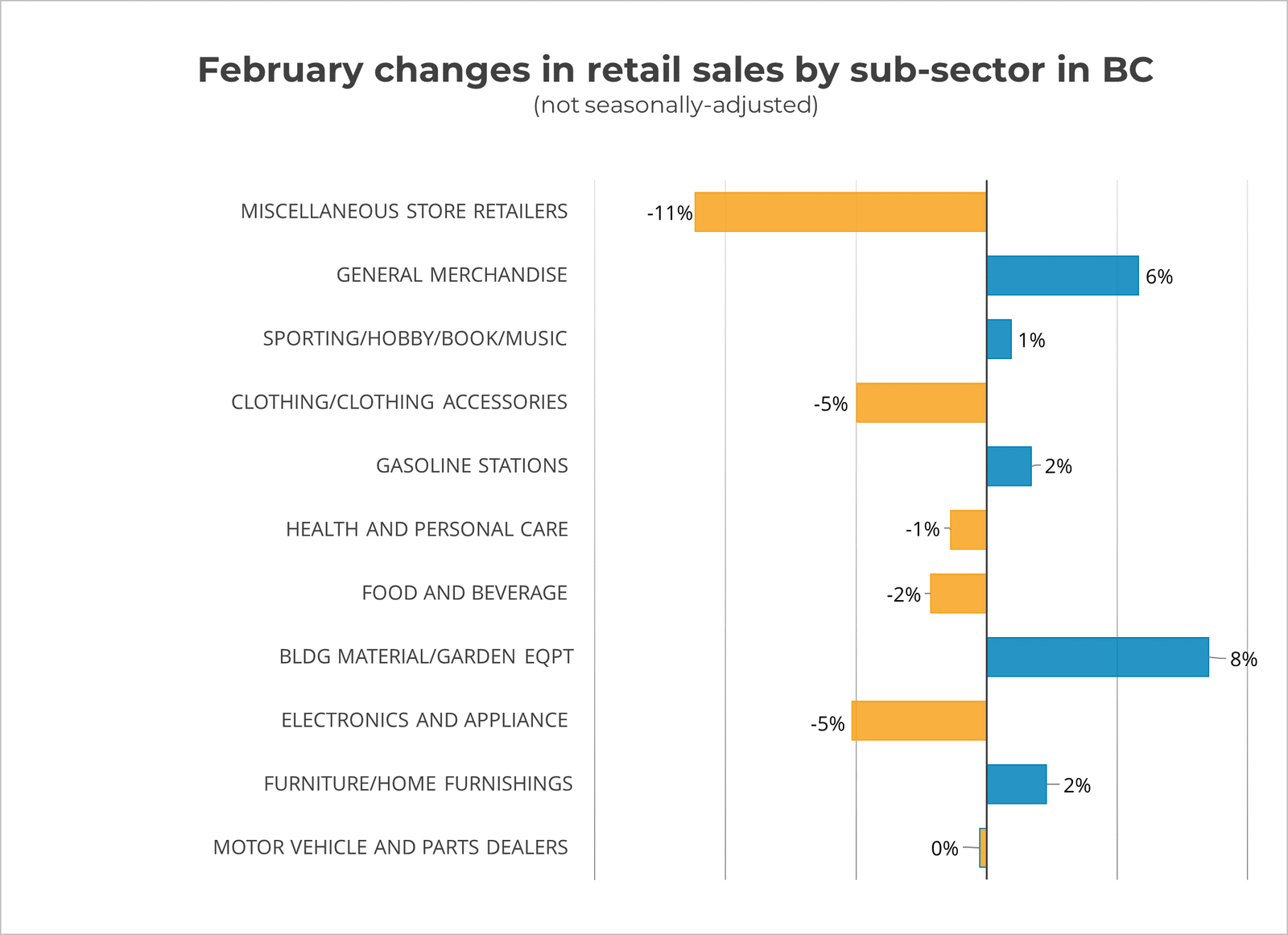