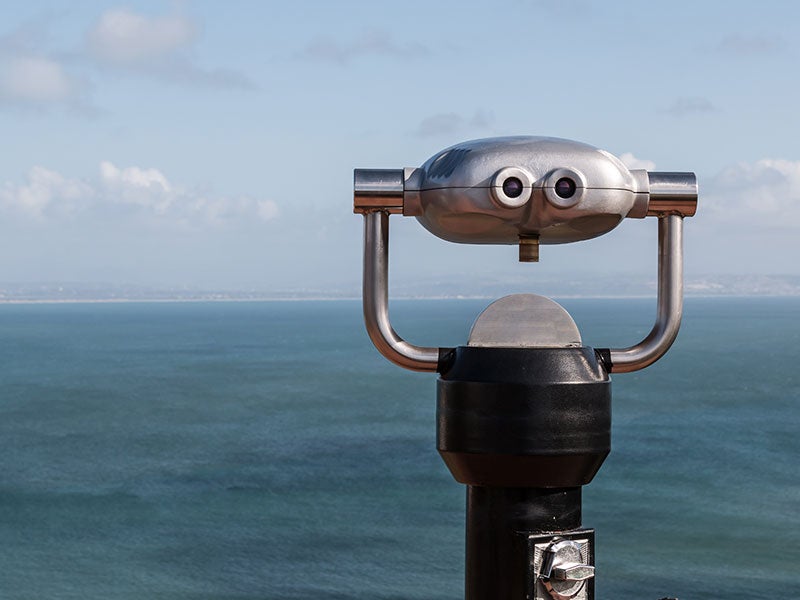 Following yesterday's surprise emergency 50 basis point (bp) rate cut by the Fed, the Bank of Canada followed suit today and signaled it is poised to do more if necessary.
The BoC lowered its target for the overnight rate by 50 bps to 1.25%, suggesting that "the COVID-19 virus is a material negative shock to the Canadian and global outlooks." This is the first time the Bank has eased monetary policy in four years.

According to the BoC's press release, "COVID-19 represents a significant health threat to people in a growing number of countries. In consequence, business activity in some regions has fallen sharply, and supply chains have been disrupted. This has pulled down commodity prices, and the Canadian dollar has depreciated. Global markets are reacting to the spread of the virus by repricing risk across a broad set of assets, making financial conditions less accommodative. It is likely that as the virus spreads, business and consumer confidence will deteriorate, further depressing activity." The press release went on to promise that "as the situation evolves, the Governing Council stands ready to adjust monetary policy further if required to support economic growth and keep inflation on target."

Moving the full 50 basis points is a powerful message from the Bank of Canada. Particularly given that Governor Poloz has long been bucking the tide of monetary easing by more than 30 central banks around the world, concerned about adding fuel to a red hot housing market, especially in Toronto. Other central banks will no doubt follow, although already-negative interest rates hamper the euro-area and Japan. 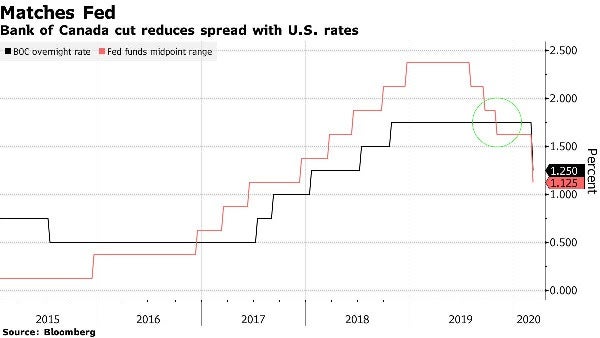 Canadian interest rates, which have been falling rapidly since mid-February, nosedived in response to the Bank's announcement. The 5-yield Government of Canada bond yield plunged to a mere 0.82% (see chart below), about half its level at the start of the year.

Fixed-rate mortgage rates have fallen as well, although not as much as government bond yields. The prime rate, which has been stuck at 3.95% since October 2018 when the Bank of Canada last changed (hiked) its overnight rate, is going to fall, but not by the full 50 bps as the cost of funds for banks has risen with the surge in credit spreads. A cut in the prime rate will lower variable-rate mortgage rates.

Many expect the Fed to cut rates again when it meets later this month at its regularly scheduled policy meeting, and the Canadian central bank is now expected to cut interest rates again in April. Of course, monetary easing does not address supply-chain disruptions or travel cancellations. Easing is meant to flood the system with liquidity and improve consumer and business confidence--just as happened in response to the financial crisis. Expect fiscal stimulus as well in the upcoming federal budget.

All of this will boost housing demand even though reduced travel from China might crimp sales in Vancouver. A potential recession is not good for housing, but lower interest rates certainly fuel what was already a hot spring sales market. Data released today by the Toronto Real Estate Board show that Toronto home prices soared in February, and sales jumped despite low inventories. The number of transactions jumped 46% from February 2019, which was a 10-year sales low as the market struggled with tougher mortgage rules and higher interest rates. February sales were up by about 15% compared to January. 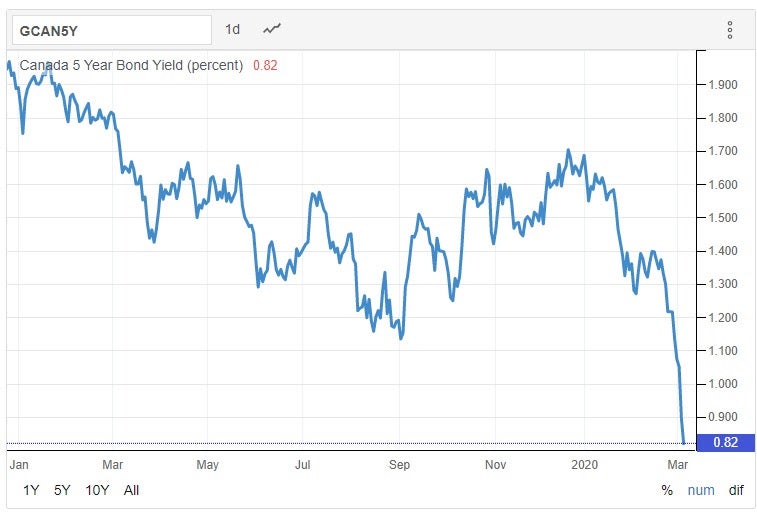