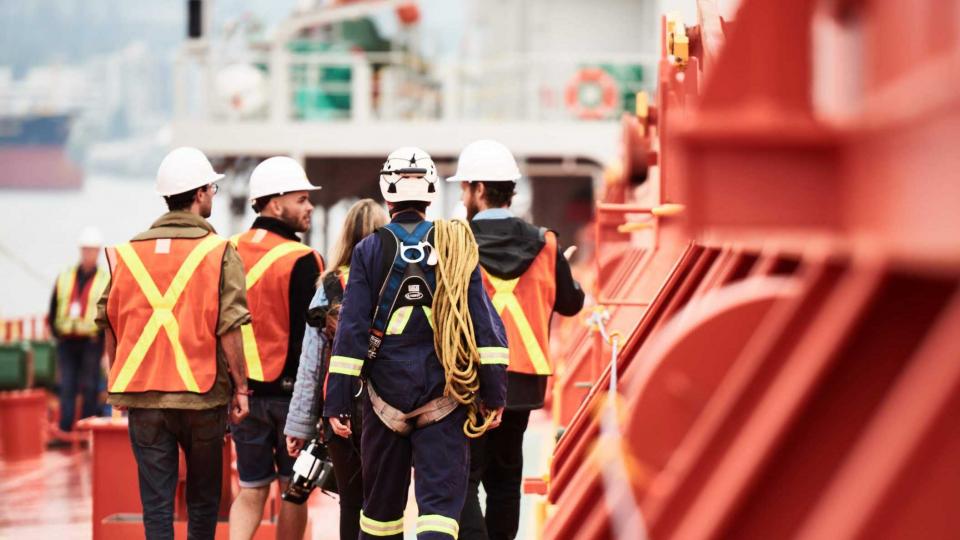 Another good news report on the Canadian employment front. January reported an increase of 35,000 jobs (0.2%), adding to the increase reported in the previous month. This brought the national unemployment rate down from 5.6% in December to 5.5% in January.

Regionally, increases were primarily in Quebec (19,000), Manitoba (6,500) and New Brunswick (4,600). In contrast, employment was down in Alberta (-19,000). January's increase was entirely driven by full-time work with gains in manufacturing, construction, and agriculture, while the services sector saw little change. Compared to the same month last year, Canadian employment is up by 1.4%.

Meanwhile, employment in BC rose by 3,400 jobs (0.1%) in January, following last month's decline of 6,300 jobs. Part-time work was the main driver of the increase. By industry, employment gains were reported in just under half of the sub-sectors, led by manufacturing and trade. The provincial unemployment rate fell by 0.3 percentage points to 4.5%. Compared to one year ago, employment in BC is down by 0.1% (1,500) jobs. 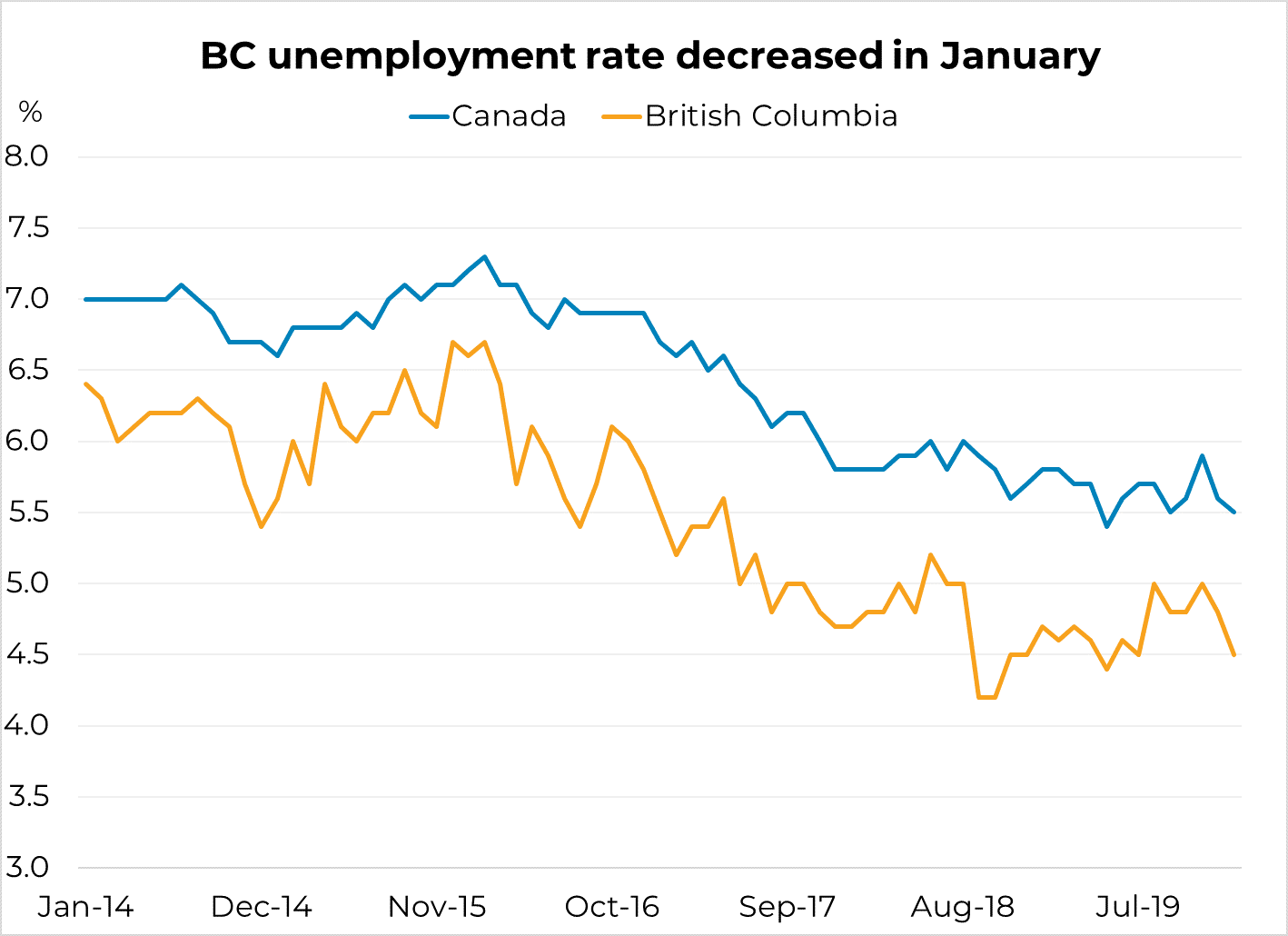 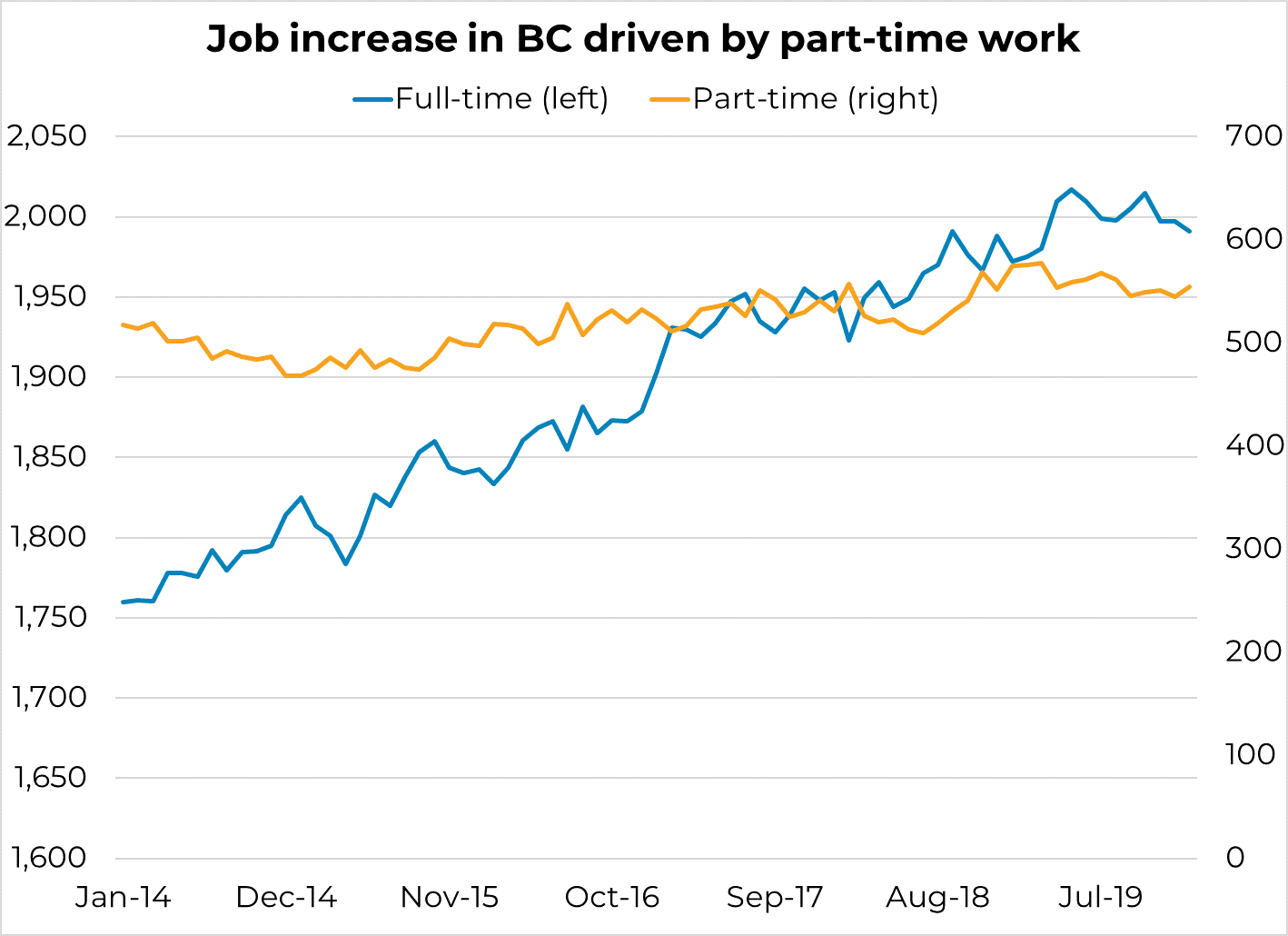