A good news report. Canadian employment increased by 35,200 jobs in December, partially offsetting the previous month's decline of 71,200 jobs. This brought the national unemployment rate down from 5.9% in the previous month to 5.6% in December. Regionally, the increase was led by Ontario (25,000) and Quebec (21,000). December's increase was largely driven by full time work in the private-sector, which finally broke its losing streak. Most of the increase was in accommodation and food services (25,000) and in construction (17,000), while other industries saw little change. Compared to the same month last year, Canadian employment is up 1.7%.

Not a great report. Employment in BC fell by 7,700 jobs in December, following last month's decline of 18,200. The decline was primarily driven by part-time employment (-6,500). By Industry, employment losses were generally broad-based, with the exception of construction, health care/social assistance, and accommodation and food services. The provincial unemployment rate fell by 0.2 percentage points to 4.8%. Compared to one year ago, employment in BC is up by 0.3% (7,100) jobs. 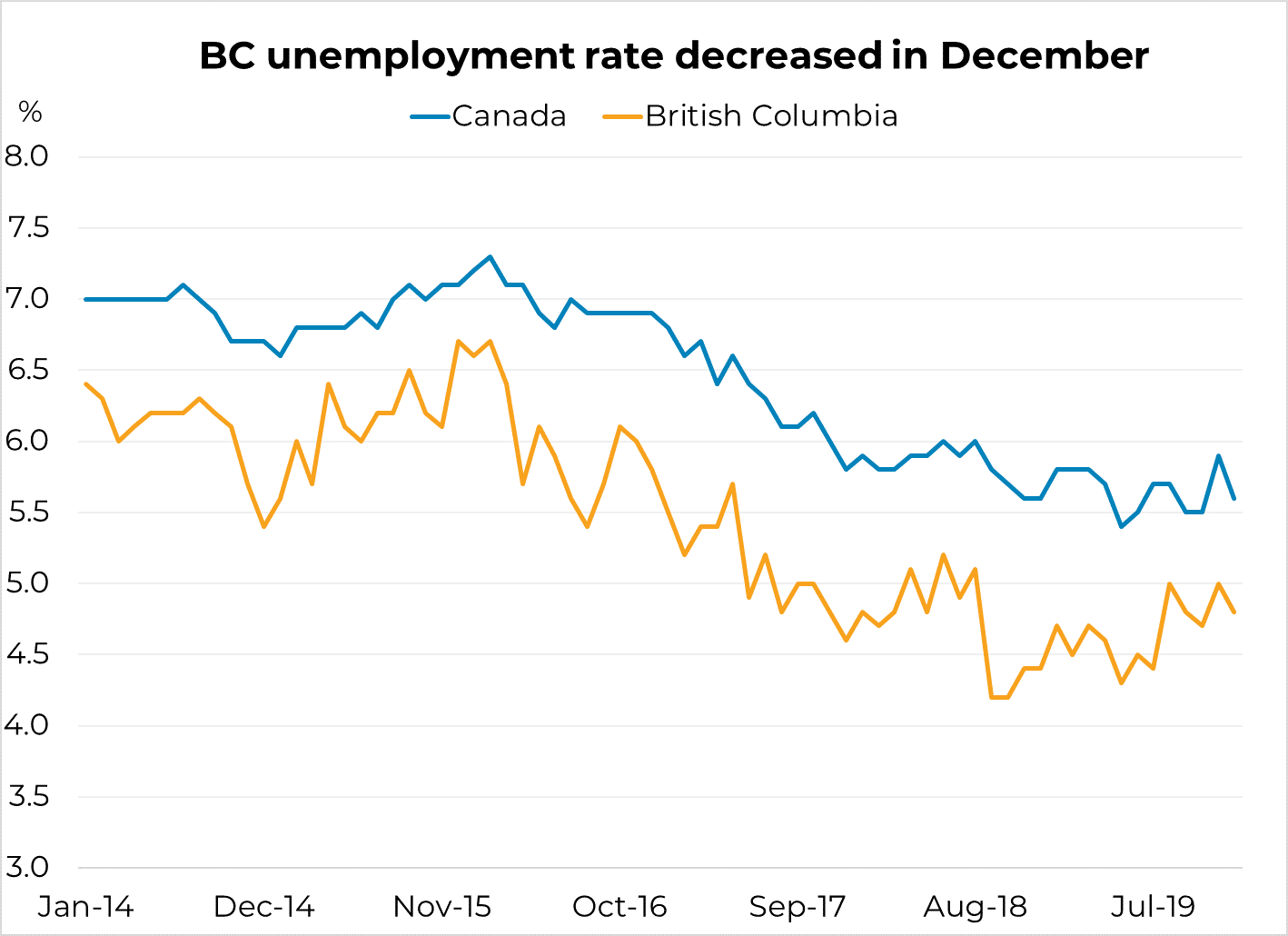 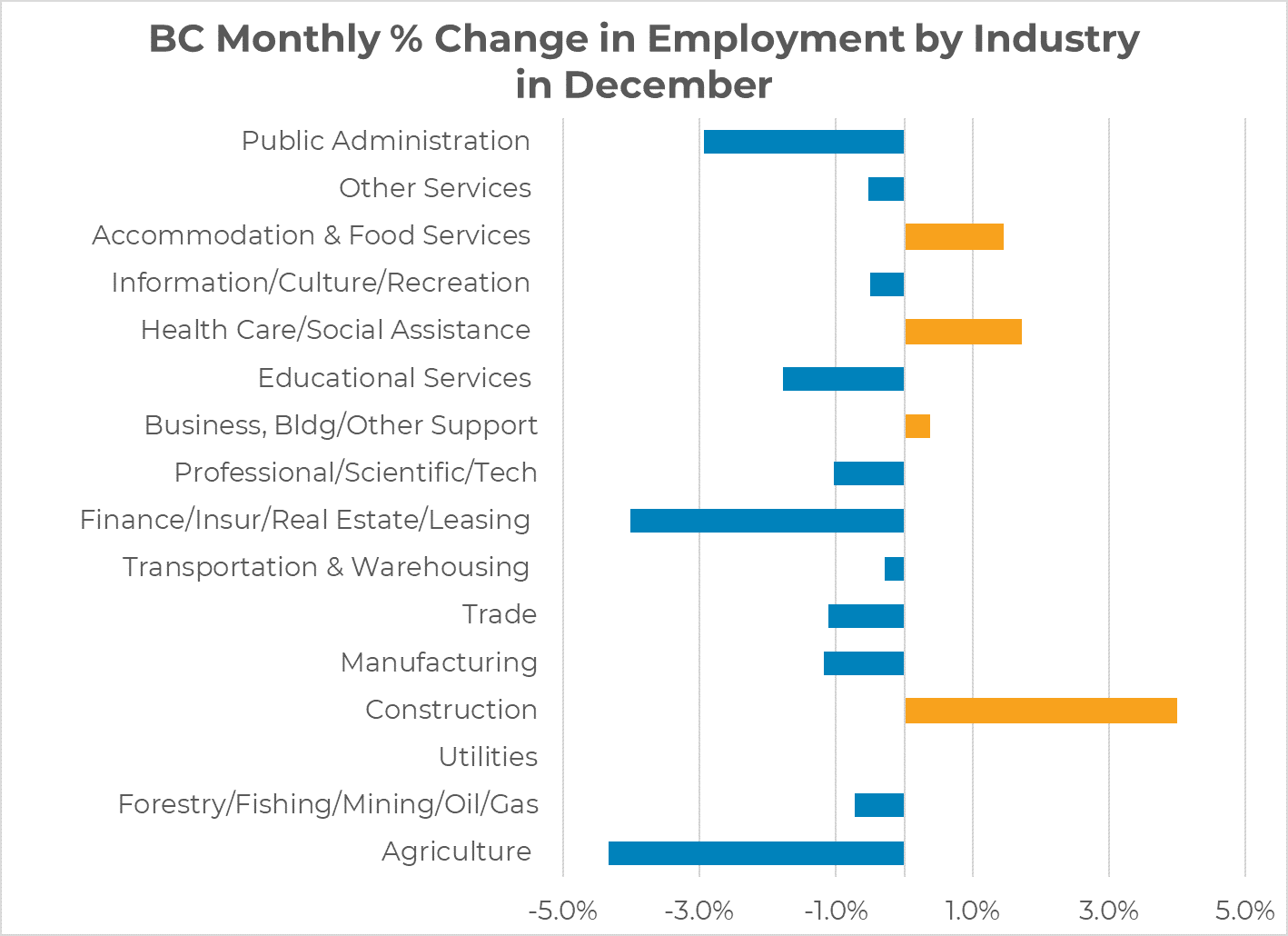