Canadian housing starts decreased by 3.4% in December to 197,329 units at a seasonally adjusted annual rate (SAAR). The trend in national housing starts fell, averaging about 212,000 units SAAR over the past six months.

In BC, housing starts fell by 10% on a monthly basis to 42,791 units SAAR, largely due to contractions in the volatile multi-unit segment in regions outside of Vancouver. Compared to the same time last year, provincial starts were down by 16%. The province ended 2019 with the highest level of housing starts since 1955, the year when data collection began. 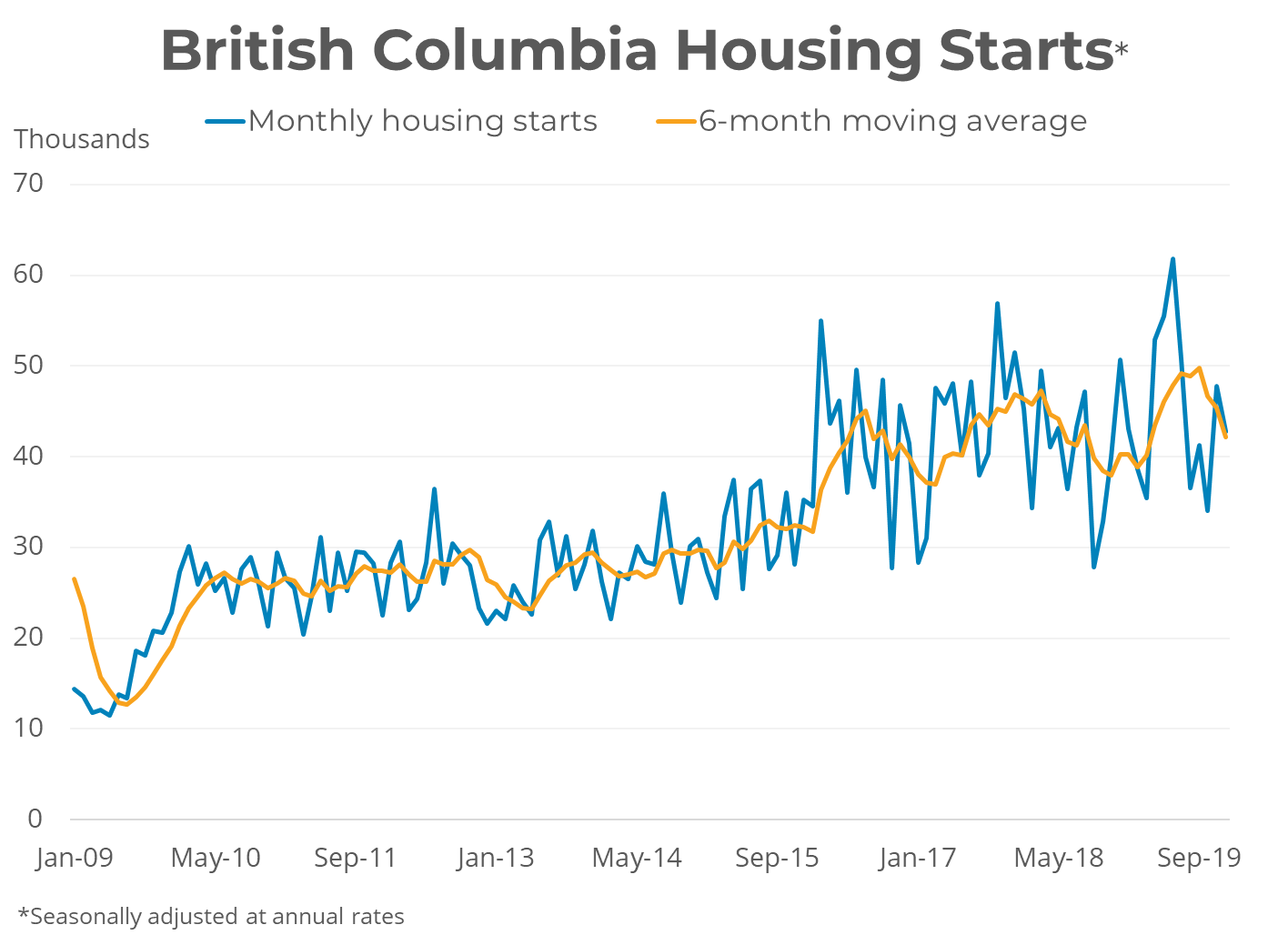