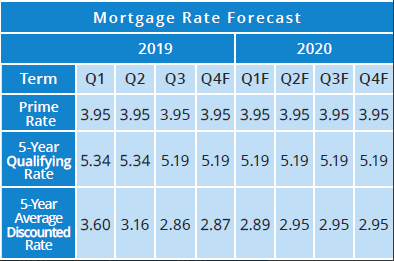 As the year ends, it's worth reflecting on how significantly the Canadian interest rate environment has changed in just twelve months. One year ago, the Canadian yield curve was its usual upward sloping shape, with markets expecting gradual rate increases by the Bank of Canada. Based partly on those expectations, Canadian mortgage rates were climbing. However, within 8 months the yield curve in Canada had inverted, bond yield stumbled, and Canadian mortgage rates were once again heading lower. 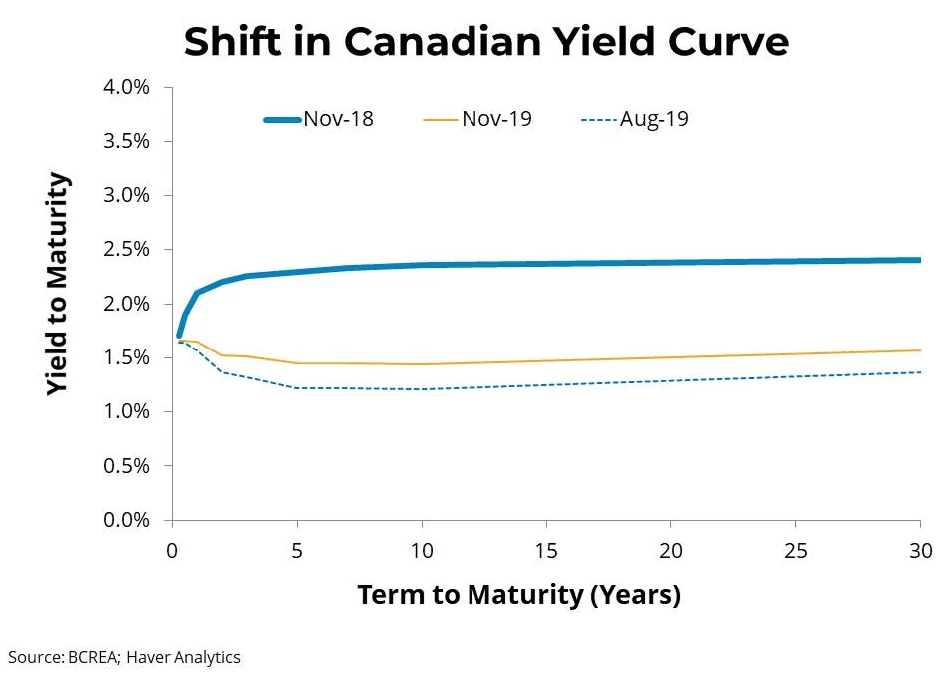 So, what happened? Most prominently, two of the worlds' largest economies entered a mutually destructive trade war, which has, in turn, slowed global economic growth and caused a sharp retracing of interest rate expectations. At its most fervent point, and informed by the yield curve's impressive recession forecasting record, the bond market panic pushed 5-year bond yields to just 1.13 per cent, and pulled the average 5-year mortgage contract rate well below 3 per cent and about 100 basis points below where rates ended 2018. However, by the end of summer the panic had subsided, aided by three rate cuts by the US Federal Reserve, and an otherwise occupied White House taking a step back from sabre-rattling on trade tariffs. As a result, 5-year Canadian bond yields bounced back to around 1.5 per cent and Canadian mortgage rates are now experiencing a small amount of upward pressure. 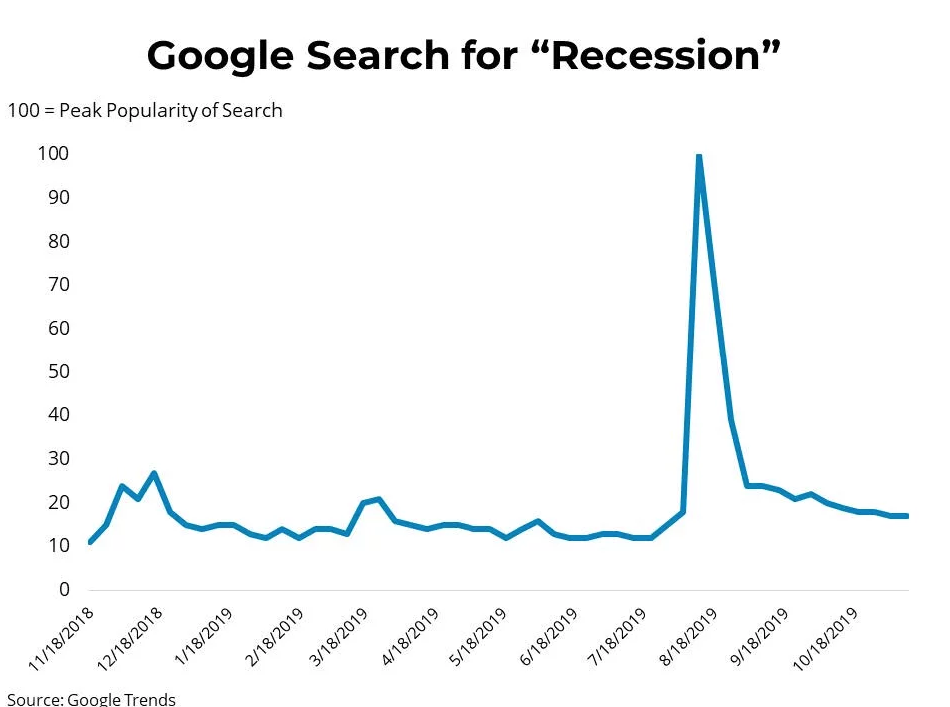 The outlook for where mortgage rates go from here is fairly clouded. While bond markets are no longer as shaken as they were six months ago, growth in the Canadian economy is still slightly below trend. Canadian monetary policy may also be tighter than necessary, given that the Bank's US counterparts have been lowering rates and global economic risk is elevated. However, those risks seem to be already priced into bond yields and absent a change in the stance of Canadian monetary policy, mortgage rates may be in for a dull year with rates remaining low and stable. Perhaps a welcome relief from the volatility of the past two years. 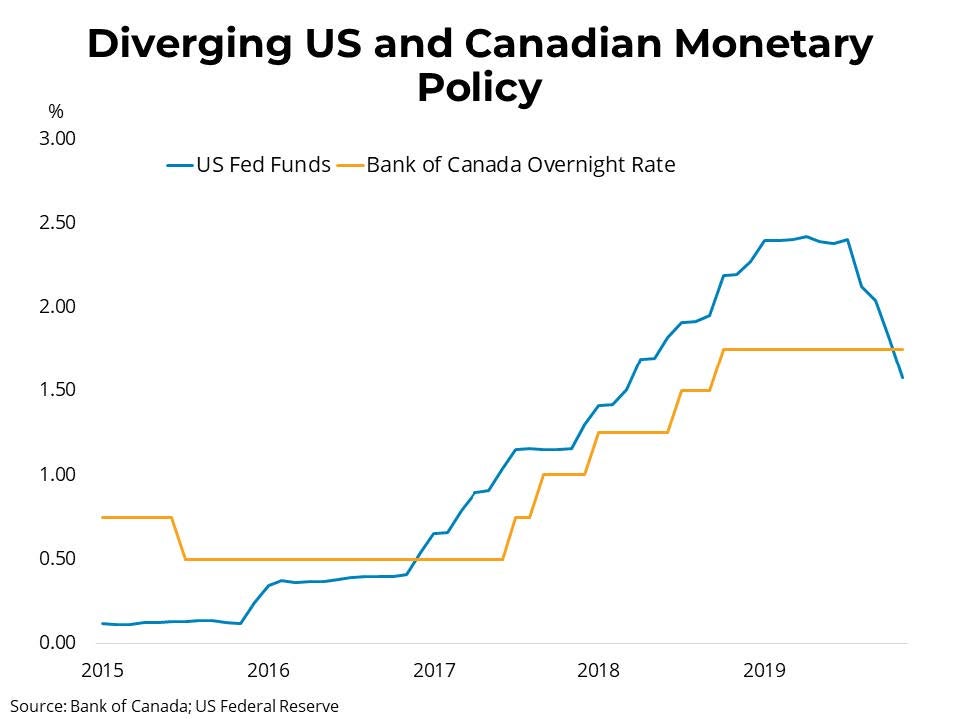 The Canadian economy grew just 1.3 per cent in the fourth quarter of 2019, an expected slowdown after an abnormally strong second quarter saw real GDP growth of 3.7 per cent. The impact of elevated trade tensions is apparent in the data, with Canadian export and investment both negatively affected.
Canadian exports have slowed in recent months and nonresidential investment contracted in the first half of the year. However, business sentiment outside of the energy sector has improved slightly and we have yet to see the impact on the trade sector leak into the wider economy through declining job growth or consumer spending.
Household consumption spending should get a further boost as the housing market recovers and firmer price growth and lower interest rates spur increased borrowing against home equity.

Overall, we expect growth in the Canadian economy will finish 2019 at 1.6 per cent and will post trend growth of about 1.8 per cent in 2020.

With many central banks around the world lowering their policy rates, a key question is why is the Bank of Canada holding firm? The answer is simply that the Bank judges the potential of lower rates igniting a further accumulation of household debt as a greater risk to the Canadian economy than deteriorating global economic conditions.
Canadian policymakers have committed to bending the curve on the Canadian household debt-to-income ratio, through a combination of higher interest rates and stricter mortgage policy (read - vancouver real estate prices).
Balanced against the goal of restraining debt, the Bank sees the risk of a further disruption in global trade as manageable. The outlook for Canadian economic growth is roughly in line with trend growth for the economy and inflation is expected to be tethered to its 2 per cent target. As long as that outlook holds, we expect the Bank will remain on the sidelines in 2020.
Source - BCREA