Canadian employment decreased by 71,000 jobs in November, led by Quebec (-45,000), BC (-18,200) and Alberta (-18,000). This brought the national unemployment rate up from 5.5% in the previous month to 5.9% in November. November's decline was largely driven by private-sector employment, while self-employment and public-sector employment was little changed. Most of the decrease was reported in manufacturing (-28,000), natural resources (-6,500) and in public administration (-25,000). Compared to the same month last year, Canadian employment is up 1.6%.

Employment in BC fell by 18,200 jobs in November, completely wiping out the previous month's gain. The decline was driven by full-time employment (-20,500), which more than offset gains in part-time employment (2,300). By Industry, employment losses were generally broad-based. In contrast, employment was up in finance/insurance/real estate/leasing. The provincial unemployment rate rose by 0.3 percentage points to 5%. Compared to one year ago, employment in BC is up by 0.7% (18,100) jobs. 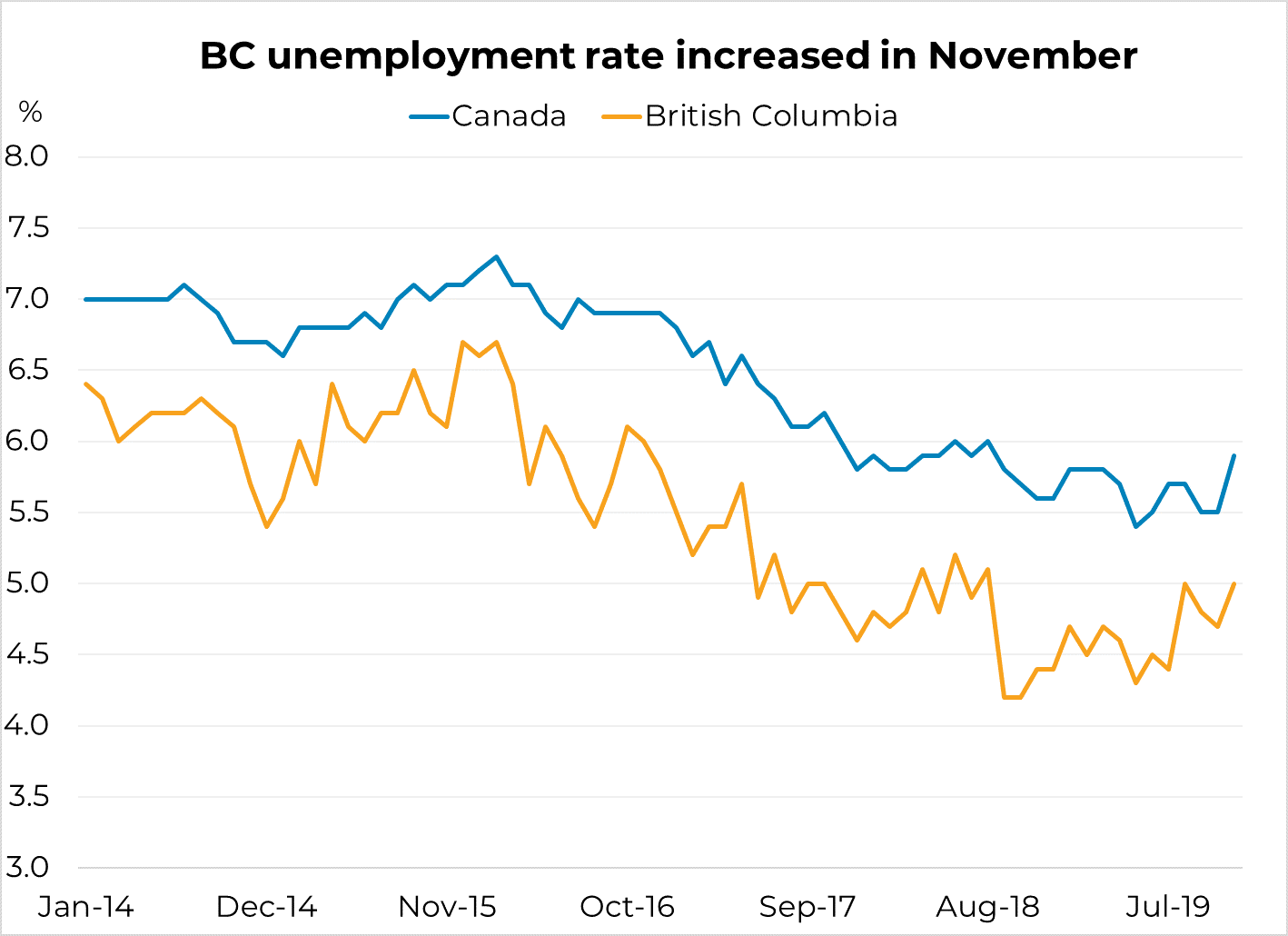