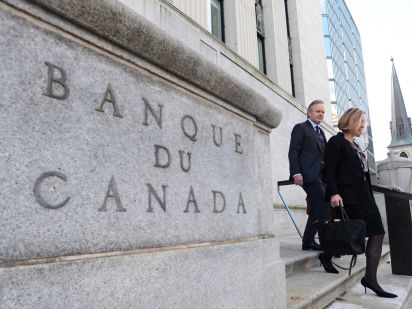 The Bank of Canada held its overnight rate at 1.75 per cent this morning.

In the statement accompanying the decision, the Bank noted that ongoing trade conflicts have weakened the global economic outlook, which is expected to drag Canadian economic growth below its potential in the second half of this year. The bank is further projecting that growth will register under 2 per cent over the next two years. Inflation is expected to trend at the Bank's target of 2 per cent.

With the expectation that the US Federal Reserve will be lowering its own policy rate later today, the third rate cut this year, there may be extra pressure for the Bank to begin loosening monetary policy at its next meeting. As reflected by the Bank's statement, while current trade conflicts will test the resilience of the Canadian economy, the Bank does not as yet foresee the need for lower interest rates. However, the Bank stands ready to act if the impact of trade conflicts spreads beyond trade and investment and begin to slow consumer spending or housing activity. Thus far, the Bank appears to judge those risks as contained, which likely mean no change in interest rates this year.
Source - BCREA